What is the meaning of Eritrea’s decision to stage a major military parade at this precise moment?

A few days ago Eritrea celebrated the 25th anniversary of the establishment of Sawa Military Training Centre and the launching of the National Service Programme.  It was a dual ceremony - the graduation of members of the 32nd round national service was also conducted under the theme “Sawa: The Perfect Choice for Sustainability.”

True to form, President Isaias attended the celebration.  At the time when Sawa and the National Programme require a major overhaul, Eritrea continues to flex its muscles, which is of no benefit to the country. The week-long event made no mention of the dark side of the programme – it simply went on to say that the celebration is being held at a time of the beginning of a new era and that requires thorough review of the experience gained in the past quarter century and consolidate effort and commitment in the national development effort. President Isaias also said “victory as yesterday is on our side”.

The parade was accompanied by military hardware which surprised many observers. The following views of some international analysts are captured from a story that appeared on BBC Tigrinya on 5 Aug 2019 under the title of “Why was the Sawa Parade Accompanied by Military Hardware?” (ስለምንታይ ብምርኢት ኣጽዋር ዝተሰነየ ሰልፊ ኣድለየ)? 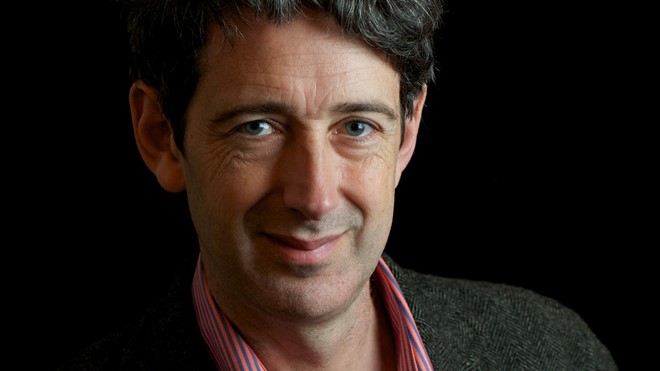 Alex DeWaal is a British researcher on African elite politics.  He is also the executive director of the World Peace Foundation at the Fletcher School of Law and Diplomacy (at Tufts University, USA).

“President Isaias Afewerki’s grand military parade is, on the face of it, very odd. Eritrea is now officially at peace with Ethiopia; its neighbour Sudan is in transition to a civilian-led democracy; and its relations with the world are on a path towards normalization, with the Gulf monarchies (Saudi Arabia and the UAE especially) warmly embracing the country as an ally.  However, this might just point us to the logic of such an ostentatious display of military hardware. Over the last 20 years, Pres. Isaias’s strategy has been to seek international relevance through playing the role of a spoiler or destabilizer. As the region has become more peaceful—and with the UAE’s recent decision to draw down its forces in Yemen, which entails scaling back most of its military presence in the Eritrean port and airbase of Assab—the Eritrean leader faces the prospect of becoming less important to his Arab patrons and to international powers such as the U.S., E.U. and China.”

He added: “When Isaias embraced the new Ethiopian Prime Minister Abiy Ahmed a year ago, he probably expected that this would squeeze and destabilize Tigray, whose leaders had posed the most persistent challenge to Eritrea, and that he would benefit from the disturbances, even the conflict, that he anticipated. But no such instability has followed: Tigray has certainly been weakened within the Ethiopian political system, but it remains intact, and the Tigrayan people welcomed the normalization of relations with the Eritrean brethren. Peace posed more of a challenge to Isaias’s legitimacy than war, and fear of war, ever did. For exactly those reasons, the Eritrean leader has reason to show off the fact that he still has an army capable of crossing borders.” 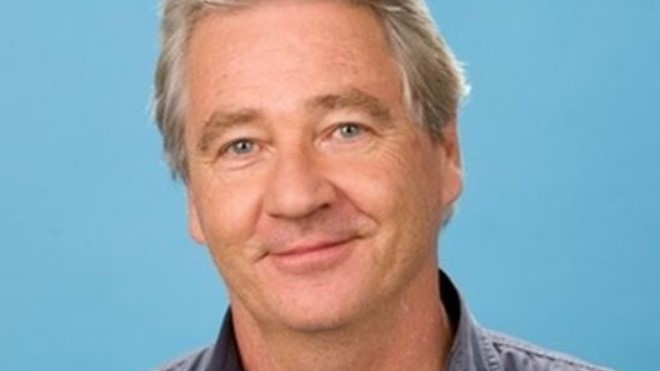 Koert Lindijer is writer and Africa correspondent for NRC Handelsblad.

“Waiting for peace to come in Eritrea and beyond has been taking nosedives recently; and this military show off does not seem to herald a new course of politics. The Eritrean leadership may be waiting for the outcome of the still very uncertain power game in neighbouring Ethiopia before it really throws itself in the camp of peace in the region.” 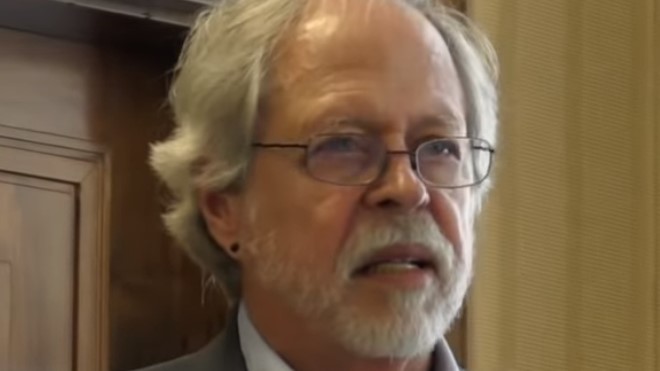 Dan Connell is a visiting Scholar at Boston University's African Studies Center and a retired senior lecturer in journalism and African politics at Simmons College.

“Eritreans have a lot to be proud of when they look back at the strength, determination and sacrifice their forebears made to secure and defend their independence, but a year after a historic peace agreement with Ethiopia, one would expect the president to rally the population with a vision of a bright future for which so many fought and died. Instead, he appears trapped in the past. This does not bode well for a people that have waited so long for the fruits of their sacrifice—or for a region whose future is also very much at play now. The impressive display of discipline and precision shown by the Sawa trainees demonstrates what this people can do. The parade of heavy armaments was a disturbing indication of where the aging leadership wants to channel it.” 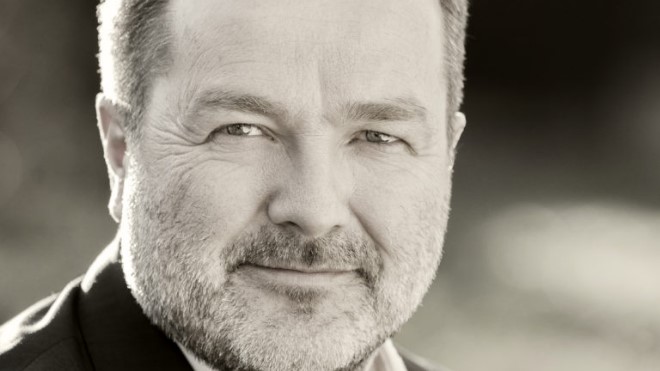 Kjetil Tronvoll is professor of peace and conflict studies and Research Director of International Studies at Bjørknes University College, Oslo.

“Universal national service may be a good policy to foster national cohesion. However it must be implemented with accountability, so the program will not be misused by officers (exploiting the recruits for their own services), or by politicians (using it to fan enemy images or conflicts).

“Several research studies show that the main driver of flight from Eritrea has been the endless National Service programme. The youth of Eritrea do not foresee any future in the country as they have to dedicate too many years of their lives for a policy they do not support, on cost of obtaining an education, getting a job, and establishing a family. Hence, as the policy is implemented in Eritrea over the last 18 years, it si counterproductive to development, as the able-bodied population is fleeing the country, instead of being a productive force for development.

“The emphasis on the Silver Jubilee this week, I do not think deviates too much from how this has been celebrated earlier years. President Isaias is always present on these occasions, and military parades are always displayed. Yes, such celebrations and parading of military assets are of course also a display of power. President Isaias wants to show to TPLF and the region that he still is a force they need to reckon with (although the actual military strength of the country is seriously weakened due to the flight of service personnel). I do not think it should be interpreted as a direct military threat to Tigray - the Eritrean generals know that they cannot win over the Ethiopian forces. (And the conspiracy theory that Isaias and Abiy will crush Tigray militarily together is a conspiracy theory I do not subscribe to.)

The Silver Jubilee celebrations should thus be analyzed within the normal parameters of «official Eritrean nationalism»; which do emphasize national service, sacrifice, and military prowess.” 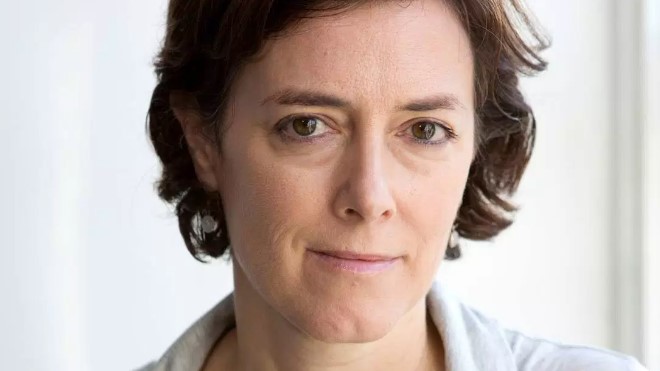 Michela Wrong, author of "I Didn't Do It For You: How the World Used and Abused a small African Nation."

"This would have been an ideal opportunity for President Isaias to signal to an impatient, frustrated public that Sawa has fulfilled its purpose and that the new era in regional politics, in particular the one-year-old peace deal signed with neighbouring Ethiopia, mean Eritrea no longer needs to remain on a permanent war footing. We know that open-ended military service is one of the key factors in the flood of young Eritreans tragically abandoning the country. Since the famous handshake between Abiy and Isaias, Eritreans have been on tenterhooks, waiting for the government to unveil a new policy on national conscription which would finally free the nation's youth. The message this parade spells out, instead, is unashamedly hardline: "Nothing has changed," the regime is saying, "Business as usual". That may impress Eritrea's allies and neighbours, but coinciding as it does with the renewed closure of the country's border points and no progress on demarcation, it represents a desperate disappointment for Eritreans who had every right to believe they were finally going to harvest the fruits of peace."