This is a story of Amal Saleh, a former ERI-TV journalist, who took part in the establishment of live television broadcast in Eritrea.

It is based on the story that was published on BBC–Tigrinya website on 28 Dec 2021.

Asmarino.com is presenting Amal’s story in English for our international audiences. The story demonstrates how dreams are killed in Eritrea.

Amal Saleh is one of the first ERI-TV journalists who played an important role in the establishment of the Arabic section. After serving the network for a decade as a journalist, and later as the editor of programming, she decided to leave everything behind and go into exile when she became aware of high-handed government operations behind the scenes.

“It was not an easy decision to leave the network to which I gave the best years of my life. It took a lot of hard work to set it up, you know” she said. “I could see how low morale was devouring me bit by bit as I did all I could” she emphasised her assertion.

“There were aggravating and frustrating instances coming my way that I could not fend off at all” she elaborated.

“When I look back now, I wonder about many things. Sometimes I think how my motivation gradually dissipated; and how the boundless energy that drove me to serve wholeheartedly was depleted. On occasion I think about what happened to the dreams I had for the country and the conditions that fuelled my desires to serve to the best of my ability”

“I can say I ended up witnessing how dreams are literally dismantled,” she mused over the negative experiences she went through.

“I went to school in Damascus; I grew up among Syrians. Although I was fully integrated into the Syrian community life, I was aptly aware of my Eritrean identity” she reminisced.

Amal’s father was an ex-ELF freedom fighter; he was the principal source of her patriotism.

As a result of her patriotism she became an ardent participant in the Eritrean Student Union in Damascus.

At that time Syria was one of the first Arab countries to welcome Eritrean refugees.

In later years, due to the on-going conflict, the Syria Amal knew during her youth turned into a ghost country. It is impossible to recognise the country at this time – the very country that used to accommodate hundreds of thousands of tourists a year before the conflict started.  It was a country renowned for its food, culture, rich history, historical building and more.

The population of Syria is nearly 18 million. That is before the war. Now half of the population have left for good.  Amal’s story, for the record, is situated in the old Syria.

In 1991, after the declaration of Eritrean independence, all Eritreans in Damascus revelled in the newly found national freedom. At that time, the Eritrean People’s Liberation Front’s representatives were continually holding public meetings to inform Eritreans about the developments that were taking place back home. Amal was attending those meetings with great enthusiasm and interest.

It did not take long for Amal to interweave her existence with the struggle that culminated in a successful climax. Her patriotism shot up as she began to fall in love with the land she never knew.

“In view of my deepened interest in patriotism, the likes of Hadish Drar, a community leader, began to encourage me to visit Eritrea” she recalled. They encouraged her to visit the newly liberated country and assess the situation on the ground for herself; if she liked it she could serve for a year, or else, she could return to Damascus.

Amal took time to study the offer and then decided to travel to Eritrea.

Amal arrived in Asmara in 1992 for the first time. When asked about her first impressions of the city she said the following: “I found Asmara above and beyond my expectations.”

“We landed in Asmara during the evening hours with my daughter. My father was already waiting for me at the airport. It was a great feeling to be home at last” she said.

After a couple of days Amal ventured out to take a stroll in the city centre. “I was very much impressed by the promenading crowds, the shops, good weather and more; instantly, I was taken by the city’s beauty” she added.

“I did not speak Tigrinya, the main language spoken in the city. All the same, I felt comfortable when I saw the welcoming faces that broke into beaming smiles everywhere I went. Besides, I had no communication problems because there were many who spoke Arabic and English”.

Soon after, Amal joined the newly established ERI-TV. Around the same time, the TV station was also recruiting young people from the university.

“When I think about my involvement in ERI-TV the first thing that comes to mind is the excitement, desire and goodwill I had for this new chapter in my life. I, like many of my peers, had great ambitions to make ERI-TV work. It was an exciting time” she said.

Amal was more interested in working as a radio broadcaster and a print media journalist. But due to her prior qualifications in TV and radio production in Syria, she was picked by the administrators to work in television instead.

At that time the network was experimenting with various Eritrean languages, including the English language. The teams began to grow in strength and gain the necessary skills.

“When I first joined the ERI-TV team, the Arabic team was in the process of being established”, said Amal.  That gave her the opportunity to play a role in its formation.  Actually, she made history by being the first journalist to broadcast on live ERI-TV in the Arabic language.

Other memories of Amal are to do with the Badme conflict (May 1998- June 2000). She had the chance to visit the battle zones after the conflict in order to document the impact of the war on the people.

“Why did you leave your job?”

When Amal was asked to retrospectively assess her experience at ERI-TV she said, in two phrases, “my hopes were quite high; but they all dissipated.”

“I was feeling suffocated by the political climate at the time. The environment and the overall atmosphere became disheartening. I tried to leave but it was difficult” she said. She was rather pressed to carry on.

When she was asked, again, why she really wanted to leave for good, she replied …

“I noticed that the gap between my thinking and that of my seniors grew wider. I tried to convince myself that it would take time to strike a balance between the divergent views. Well, as the years went by I realised I was just stuck in it and things were not moving in the right direction” she added.

Again, she was asked to provide more details as to what was the nature of the divergent views.

“The relationship was getting more and more tempestuous. The directions we taking were at variance. For example, in our daily meetings, I, as programming editor, used to propose various approaches – such as going out to the streets to gauge the public’s take on certain issues. My notions of garnering public opinion, I was told, were not in step with public/government needs” she said.

“In our meetings I was told to back off on numerous occasions. ‘You do not know and understand how things function’, I was admonished as if I was completely in the dark and detached. When I persisted I was told I was stepping out of line. I could feel the pressure to conform” she recalled.

“My dream was to work alongside our viewers and to create a proper media centre that served and informed the people without restraint. There was too much red tape that hindered our creative processes. The restrictions were coming thick and fast after the Badme war” she said.

It didn’t take Amal long to assess the state of ‘free-press’ in Eritrea.

“Where is the media that works for the people?” she asked herself.  She slowly realised that she was losing hope. 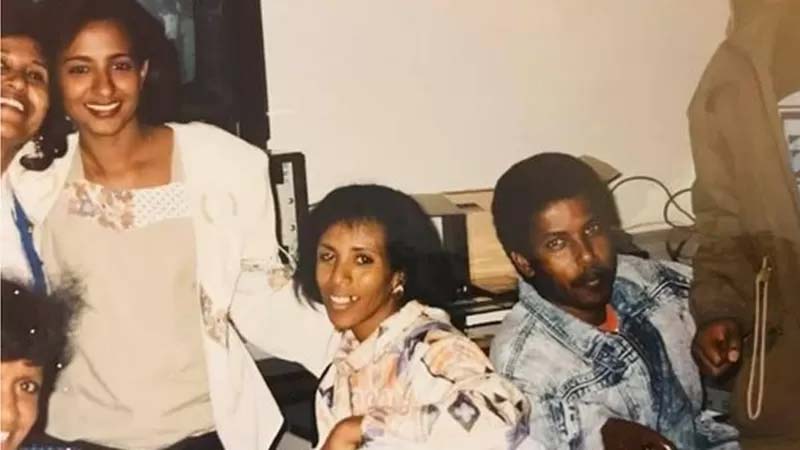 Amal recalled that most of the programmes were being managed by the ‘loyal journalists/cadres’.

“If I look back, I can clearly understand why some free-spirited writers like Seyoum Tsehaie ended up in jail” she argued. According to her, journalism served the government, not the people of Eritrea. She said she could not have that stain on her conscience anymore.

“Many of us did not receive proper wages but meagre pocket money.  Basically, I was not earning enough to support myself … I was being exploited by the government” she said.

In the end, when numerous former government officials, including journalists, began to be rounded up by the government, Amal realised she was not going to be spared.  She chose to leave the country and live in exile.

Amal spoke about life in exile quite philosophically.

“Exile came rather unexpectedly”, Amal said. “I was forced by the prevailing circumstances to leave Eritrea for good”, she added.

“However,” she pondered, “when I assess my life in exile now, I can see the advantages I gained here in England.  I am safe and free first and foremost; I am free to express my true feelings; my human rights are protected. I don't live in fear. I managed to raise my children in a peaceful environment” she said.

“Living in exile is not a choice; it happens. It could also be a struggle … but the options are all there for the taking” she said.

“I have a daughter who has succeeded in life - finished her education, and in full time employment. Many years ago, I remember her making a cogent comment towards me. Noticing that I miss home a lot, she said: ‘mum, even though you have lived in England for 20 years, I see your heart still lingers over Eritrea.”