A few days ago the regime in Asmara reported that the 25th Anniversary of National Service Program will be celebrated during the first week of August all over Eritrea. The story that appeared on Eritrea Profile, the government's paper published in English, reads as follows: "The Silver Jubilee of the beginning of Eritrea’s National Service Program will be celebrated in Sawa from 1-4 August, under the theme “Sawa: The perfect choice for sustainability!”, the Commander of the Sawa Center of Education and Military training, Col. Ezra Woldegebriel, stated." 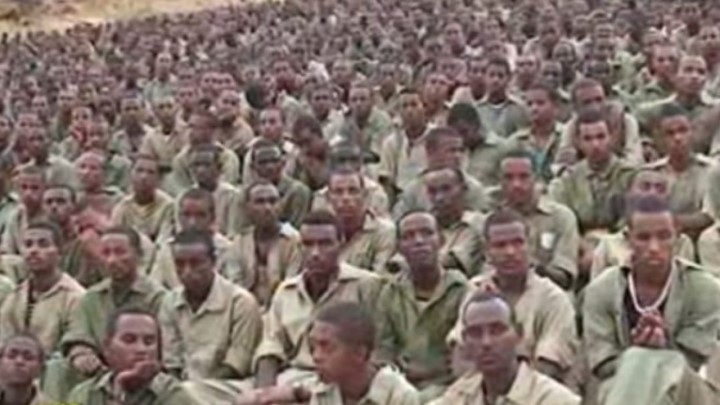 A few days ago the regime in Asmara reported that the 25th Anniversary of National Service Program will be celebrated during the first week of August all over Eritrea.

The story that appeared on Eritrea Profile, the government's paper published in English, reads as follows:

"The Silver Jubilee of the beginning of Eritrea’s National Service Program will be celebrated in Sawa from 1-4 August, under the theme “Sawa: The perfect choice for sustainability!”, the Commander of the Sawa Center of Education and Military training, Col. Ezra Woldegebriel, stated."

The first thing one feels after reading such a story is an adverse reaction of sorts.  ‘There must be an editorial mistake here’ one ponders … ‘perhaps it is a simple slip of the tongue’ one concludes.  Is the ENS “the perfect choice for sustainability?” How?

How can the regime ‘celebrate’ the number one national affliction that has turned the country up-side-down?

On 20 Jul, another story appeared on Shabait.com, PFDJ’s website, under the title of “Seminars on progress of national service program.”  The seminar, which was held in Barentu, discussed the history of the program, national service in the new era, and a plan to organize more seminars in the 16 sub-zones of the Gash Barka.

What is Eritrean National Service?

According to the National Service Proclamation of 1995 ENS’ aims are:

• To establish a strong defence force.

• To preserve and entrust future generations with the valour.

• To create a new generation characterised by love of work, discipline and a willingness to participate and serve in the reconstruction of the nation.

• To develop the economy.

In actual fact, since the introduction of the program the defence forces have been weakened, the economy has been worsening, the country is divided into PFDJ (government party) and non-PFDJ groups, and the youngsters (ENS ‘graduates’) continue to flee.  The country has been beset by desertion woes since the ENS program started. 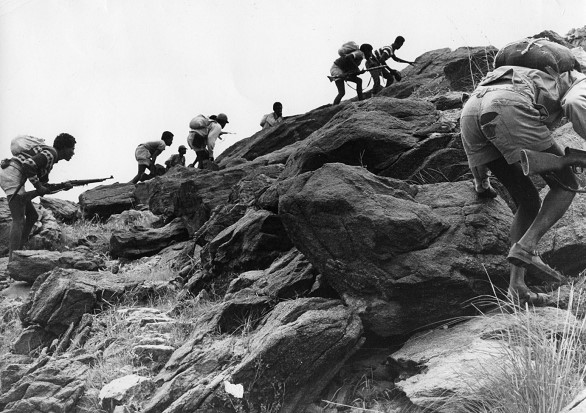 Once again, the initial plan was to pass the values of the ‘Yikealo’ resolve (‘mighty freedom fighters’) to ‘Warsai’ (the inheritors). It was then believed ENS would nurture the work ethic of the previous generation of fighters and produce competent and patriotic youngsters.  They were, in common parlance, expected to become exceedingly acquiescent to the demands of the regime.  In other words, the aim was to trap the youngsters in an open-ended servitude that would sap them of their resolve.

Therefore, ENS cannot be the “the perfect choice for sustainability”; on the contrary, ENS threw a spanner in the works!  It soon dawned on all that the government simply wanted the cheapest possible labour, foot soldiers, and domestics … all done at the expense of the recruits’ future.

It is to be remembered that members of the ENS ended up being herded into joining the army during the 1998-2000 border war where more than 19,000 recruits perished in the conflict. It was a pointless war that changed the future of the young recruits and the country.

What is the impact of the Eritrean National Service (ENS) on the country’s economy?  What is the impact on the recruits in this open-ended program?  Why are the recruits fleeing the country in large numbers?  Why has the government failed to introduce a timely intervention to this profuse seepage?  Why are ENS members taking such a huge risk in this non-stop mass migration?  How and why the majority of the conscripts are herded to join the Eritrean Defence Forces (EDF)?

Dr. Gaim Kibreab's pioneering work on Eritrean National Service (ENS) is both a detailed contemporary and a historically informed analysis of the institution that has had a major impact on the country’s economic, social, military and political life. In the current environment migration poses serious challenges to Eritrea’s identity and sovereignty.

The account covers a period from the Liberation Struggle to today.  The author writes in a clear and accessible manner that makes the book a significant contribution to our understanding of the relations between the conscripts, the state and the unsteady development in Eritrea.

The publisher excellently encapsulated the story of recruits by stating that it ‘lies at the core of the post-independence state, not only supplying its military, but affecting every aspect of the country's economy, its social services, its public sector and its politics’.

Over half the workforce are forcibly enrolled into it by the government, driving the country's youth to escape national service by seeking employment and asylum elsewhere. Yet how did the ENS, which began during the 1961-91 liberation struggle as part of the idea of the "common good" - in which individual interests were sacrificed in pursuit of the grand scheme of independence and the country's development - degenerate into forced labour and a modern form of slavery? And why, when Eritrea no longer faces existential threat, does the government continue to demand such service from its citizens?

Without doubt, according to the account, the net effect of the current status of Eritrea’s national service has been detrimental to the recruits, their families and villages and ultimately to the country. The extraordinary outflow of refugees is a tragedy; it continues to impose implications on every aspect of life in the country.

Given the length and nature of the national service, patriotism and a sense of duty are no longer the factors maintaining it. It is only the regime’s sheer coercive force that is driving it. And that is what will be celebrated in two weeks’ time!