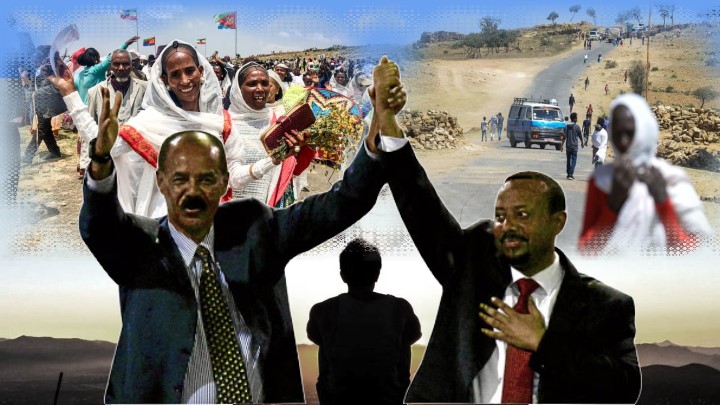 PM Dr. Abiy Ahmed, who has been in power for over a year now, has turned the Horn’s political landscape upside down. A spell of euphoria and positive energy had been cast in Ethiopia and the Horn of Africa when he first came to power.

However, now doubts have been cast on his ‘new ideas’ instead; with the recent high level assassinations people are realizing that his reforms are too good and too rapid … in fact, there are more unanswered questions now than ever:

These are questions everyday people are asking after having lived through the roller coaster times. We know we will not be able to answer those questions adequately for they cover vast areas of discussions.

In order to find some answers we try to investigate what is going on in social media, leaf through the pages of government newspapers, capture people’s sentiments and we try to examine our conscience.

Let’s assess the year that was wasted and hopes that were sunk since Abiy came to power.

The impact of the questionable peace initiative could be felt through the exchanges that were taking place within Facebook, various blogs, message boards, YouTube and so forth.  People began to notice how hollow and offbeat the deal was early on.

As Eritreans we know each other well, don’t we?  Most of all, we know who Isaias is. As we observed Isaias rejoice during the time leading up to the signing of the peace agreement – his silly grins, chest-beating instances, tongue-tied-ness and more – we knew right away there was something amiss. Many wondered why Isaias was giving control to Abiy Ahmed regarding future handlings of the peace process knowing full well that the border was not going to be demarcated.

A country like Eritrea, one that has gone against any normalcy one can imagine, has given its citizens and others the run-around ever since it came into existence as a country.  Features such as lies, deceit, affectation, empty promises, false lines of argumentation and contempt define the regime. Simply stated, Eritrea can be trusted neither by its own citizens nor the international community. Didn’t PM Abiy know that Isaias used the ‘border ruling’ as a pretext all along when he used to serve as intelligence chief for instance?

Mr. Yemane Gebremeskel, the Information Minister, continued to tweet messages that sugar-coated Isaias’ blunders, and the surrogates, punch-drunk, echoed his messages to other government supporters.

On the other hand, indeed many were talking about peace – a discussion which demonstrated peace is the most desired commodity in today’s Eritrea and Ethiopia.  People from both sides of the aisle were singing, people who lived in the border area were celebrating, the euphoria had raised people’s expectations both in Asmara and Addis Ababa.

But Eritreans immediately took advantage of the pause of hostilities by taking flight to Ethiopia. That is a big statement by itself.  That demonstrates that Eritreans do not trust the regime at all.

The government’s English newspaper was quick to publish stories in succession.

There were similar stories in earlier copies of Eritrea Profile:

President of the Republic of South Sudan, General Salva Kiir, arrived in Asmara on 18 August, for an official visit at an invitation of President Isaias Afwerki.

BBC Tigrinya played a big part in broadcasting developments regarding the peace process. Its website pages were filled with stories such as:

PFDJ Friend: We have a friend or two who happen to belong to the PFDJ camp:

Sometimes we speak freely about Eritrean politics. We agree on many things –

We disagree on numerous counts –

When we talked about the ‘peace agreement’ we certainly did not see eye-to-eye. They would not dare to weigh the agreement critically because they are PFDJ members after all – they are expected to agree and agree some more even if they disagree deep down.

We Eritreans, just like our Ethiopian counterparts, were very interested in the new initiative in our region.  However, we questioned the sincerity of both the Eritrean and Ethiopian leaders concerning the sudden change of heart.  We have been vindicated by many things since then – that the “border line of reasoning” was a bogus position to take.

President Isaias might want to appear as if he is an authentic voice that represents Eritrea, a peacemaker or someone who really cares about the people of Eritrea; but we see him as someone who is deliberately confusing the issues for the sake of self-preservation.

Actually, we could say that both PM Abiy and President Isaias seem to have ulterior motives for the charade – we believe they had scores to settle with the region of Tigray.  And we were simply being dragged into that dispute against our own will, senselessly.

We should also put into consideration the fact that PM Hailemariam Desalegn and the late PMs Meles Zenawi put Eritrea through grief with their deliberate ‘we have accepted the UN ruling in principle’ exploit that put Eritrea in limbo for more than 16 years. All of a sudden, once Abiy came to power, all was forgiven and forgotten. Yes, just like that.

However, a year on, there is still nothing tangible to show for all that hoopla. That is why we are asking “where is the beef?”