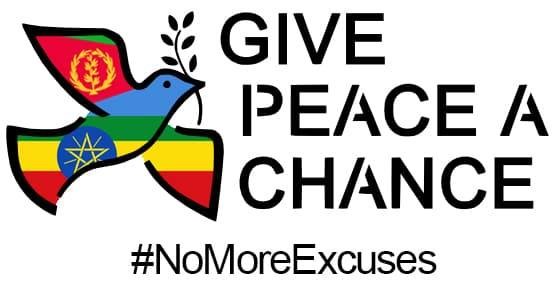 (Geneva June 6, 2018) the Campaign Group Stop Slavery in Eritrea welcomes the Ethiopia’s announcement of full and unequivocal acceptance of the peace deal that ended the border war between Ethiopia and Eritrea in Dec 2000.

As a campaign group representing the hundreds of thousands Eritreans who have been bondaged to unending military service under the pretext of national security threat, We are thankful that the 16 –years standoff may now be coming to an end and we hope that we will now see an end to the indefinite military service and the demobilisation of all national service recruits who have served for longer than the 18 months sanctioned by law.

It has been 18 long years since our entire generation has been denied the rights to live and work peacefully in our places of birth or residence. Tens of thousands have fled the country escaping enslavement and thousands have perished in deserts and at sea seeking the security they were denied in the homeland that they and their forefathers sacrificed everything to realise and protect.

The undeclared state of emergency and the indefinite national service maintained by constant propagation of the need to defend the country against imminent hostilities from Ethiopia, have ruined the country’s social, economic and political prospects. Now that Ethiopia has indicated commitments for peace we believe the best interest of Eritreans can only be served by responding positively to the call and working for an end to nearly two decades of turmoil that has stalled the country’s stride to stability and development. We therefore call on the regime in Eritrea to do the right thing by the Eritrean public and put an end to nearly three decades of tyranny and decline.

Give peace a chance, #NoMoreExcuses