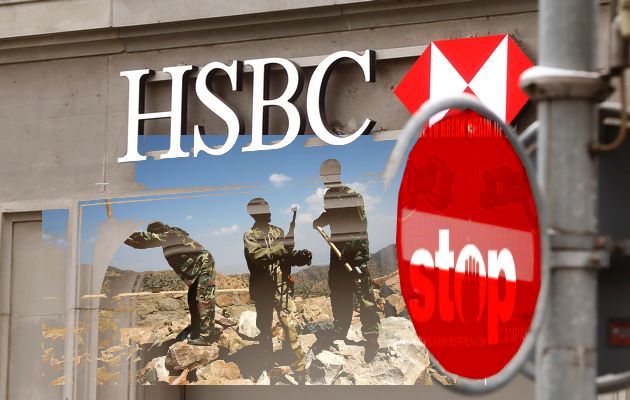 Former recruits of Eritrea’s indefinite national service disclosed that they do not find the information showing over $690m worth of leaked accounts, allegedly owned by Eritrean clients surprising. To the contrary given the fact that the regime exploits their labour under slave like conditions for less than $20 a month, they contend that they never doubted that the regime and its clique are profiteering from their predicament.

As many as 6,000 young Eritreans flee the country in a month deserting the compulsory national service to which they are forcefully recruited at the age of 16 or 17. Former recruits who fled the country in their tens of thousands are found all over the world and particularly in refugee hotspots across the region where they have crossed the border on foot, defying a shoot to kill policy, or further afield having survived trafficking in the Sinai peninsula or having crossed the Mediterranean Sea clandestinely, aboard rickety boats. Last year over 2,000 people many of them Syrians and Eritreans died crossing the Mediterranean.

Following a six months military training thousands of recruits are, each year, forced to work in agricultural and construction projects or in the lucrative mining industry. They equate their situation to modern day slavery and now many believe that others might be profiteering from their ‘slave labour’.

Activists of the Stop Slavery in Eritrea Campaign, say that ‘although details are yet to emerge, it is not too far fetched for those affected by the brutalities of the National Service to conclude that the regime is indeed stashing the country’s resources be it in Swiss, Maltese, Chinese or any alternative banks, it deems safe for such operations’

The activists point to the opaque operations of the regime in Eritrea, the fact that there is no national budget available for public scrutiny nor an audited account as the telltale signs for the possibilities of such operations.

A recent UN monitoring group report detailed Eritrea’s operation of an informal economy, a legacy of the Eritrean People Liberation Front’s (EPLF) financial operations during Eritrea’s many years of struggle for independence. The report outlines that the informal economy involves large amounts of hard currency transactions managed almost entirely offshore through a labyrinth in multinational network of companies, individuals and bank accounts, many of which do not declare any affiliation to PFDJ or the Eritrean State, and routinely engage in “grey” or illicit activities. Although the Monitoring Group found it difficult to obtain reliable figures on the size of this informal economy, it was estimated to be more than sufficient to enable the kinds of external operations destabilising the Horn of Africa region that the Security Council Monitoring  Group was focusing on.

Information from the recent HSBC leaks indicate that Eritrea tops the African list for the biggest stash exposed. Ranked at number 53, globally there were 32 accounts associated with Eritrea with each account holding an average of $142M although one account had $695M according to the International Consortium of Investigative Journalists.