ASSOCIATION OF ERITREAN JOURNALISTS IN EXILE (AEJE) THANKS SWEDISH PEN
FOR PRESENTATION OF THE TUCHOLSKY AWARD TO JAILED JOURNALIST,
DAWIT ISAAK. 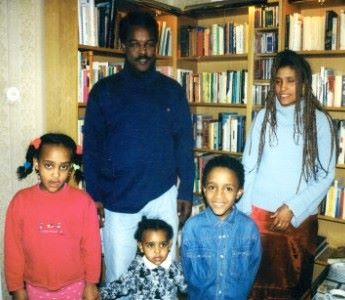 The Association of Eritrean Journalists in Exile (AEJE) would like show its gratitude to the Swedish PEN for presenting the Tucholsky Award to our compatriot, Mr. Dawit Isaak who has been in Eritrean jail since September 23, 2001. This award is another remarkable addition to the serious of tireless efforts and achievements of Swedish human right groups and NGOs to take up the cause of freedom of expression in Eritrea in general and the case of Dawit Isaak in particular. It can be recalled that last month, Dawit Isaak had been honoured to be a finalist for European Union’s Sakharov Prize.

We exiled journalists can’t miss the symbolism of the prestigious Tucholsky Award. We acknowledge that this award not only highlights the persecution of Mr. Dawit Isaak and his fellow colleagues but it also recognizes the struggle of Eritreans for democracy and justice.

Eritrea has been called easily the biggest jailor of journalists in a row for years. In 2009, on its Press Freedom Index, Reporters without Borders has ranked Eritrea last of 173 countries. More than 30 journalists are in jail and many others have fled the nation to neighbouring countries of the Sudan, Ethiopia, Europe and North America. Pleas and calls for release of the jailed journalists met with stern rejection from the Eritrean ruling regime. In another revealing interview conducted in May 2009, with Swedish broadcaster, TV4 J with journalist Donald Bostrom, the Eritrean leader, Issayas Afewerki disparaged the great nation and people of Sweden and made it clear he had no intention of either releasing Dawit Isaak and other journalists or bring them to court. In his usual antics, he summarily accuses them of being ‘foreign spies’ and he added he will arrest more journalists.

In such dark and forbidding political climate, Eritrean journalists have paid and are paying heavy price. Awards and recognitions, such as the Tucholsky Award given to Dawit Isaak embolden the spirit of those us who are engaged in the struggle against tyranny. With justice-loving, honourable organizations as Swedish PEN, in our side, we members of the Association of Eritrean Journalists in Exile, feel confident our advocacy efforts will not be in vain.

Again, the Association of Eritrean Journalists in Exile (AEJE) would like to thank Swedish P.E.N. for granting the honourable Tucholsky Award to Dawit Isaak.

The Association of Eritrean Journalists in Exile (AEJE) is a non-Profit organization, registered in Sweden, and its members are exiled Eritrean Journalists who are now residing in different parts of the world; Africa, Europe and North America. The Association can be contacted at: This email address is being protected from spambots. You need JavaScript enabled to view it.