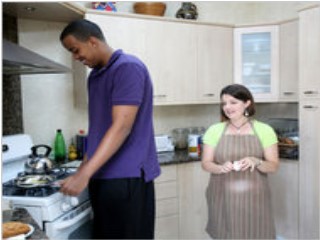 AMMAN, Jordan — Long before he learned to dunk on warped wooden backboards, Awet Eyob nursed a dream: to play basketball in America.

He is 6-foot-8, built like an oak tree, and seems to have mastered a behind-the-back dribble and crisp passes from the corner of his eye. But one big problem stood between him and his dream: his homeland, Eritrea, an isolated, secretive nation in the Horn of Africa that is refusing to let its young people leave.

Eritrea, which fought its way to independence nearly 20 years ago, is ruled by hard-as-nails former guerrilla fighters who have held firm to their revolutionary Marxist policies and who demand that all young people work for the government, sometimes until their 40s. Anyone who tries to buck this national program, according to human rights groups, is subject to cruelly inventive tortures.

So this January, in great secrecy, Mr. Awet gathered four pairs of boxers, two pairs of socks, his high school transcript, his Air Jordans and some cash to pay a gang of human traffickers (or coyotes, as he calls them).

“I remember that first call,” he said. “The coyote said: ‘Hello, this is Sunshine.’ I answered, ‘This is Thunder.’ ”

Mr. Awet, 20, who is now living in Amman, Jordan, is the embodiment of Eritrea’s lost generation. This tiny country is spawning more refugees per capita than just about anywhere else in the world, according to United Nations statistics, and most of them are young men, and often the country’s most promising ones at that.

The United Nations High Commissioner for Refugees says that hundreds of thousands of people have fled Eritrea in recent years — the total population is less than five million — and nearly every day, 100 new Eritreans risk their lives to cross into Sudan.

Some of these defections have been hard to miss. In December, more than 10 players from the Eritrean national soccer team absconded to Kenya during a tournament. In 2004, some Eritrean refugees being sent home from Libya were so desperate not to return that they hijacked the plane.

Many never make it out. One of Mr. Awet’s friends recently won a four-year, $200,000 scholarship to a prestigious American university. “He should have been sent out with a garland of flowers,” said the boy’s father, with tears in his eyes.

Instead, the boy was arrested trying to defect in time to register for classes. He was drafted into the military and deployed near Eritrea’s southern border, one of the hottest places on earth.

Mr. Awet was lucky. Dressed in an extra, extra large gallebeyah (a long flowing gown common in the Muslim world), he sneaked through Sudan and then on to Kenya and Dubai. He is now camped out in the basement of an American family’s home here, doing push-ups, working on his jump shot, playing on a Wii set with the family’s children and trying to get into an American college or prep school.

A big reason why he has gotten this far is Matthew Smith, a gregarious, athletic American diplomat who befriended Mr. Awet a couple years ago on a basketball court in Asmara, Eritrea’s capital, where Mr. Smith was working. Mr. Smith was impressed by the young man’s game, but more than that, he was moved by Mr. Awet’s burning ambition to break out of his hermetically sealed world.

“He wanted more, and I could relate to that,” said Mr. Smith, whose father was a taxi driver in Brooklyn. “Who would’ve ever thought the kid of a cabbie and nanny could be a diplomat?”

Mr. Smith matched up Mr. Awet with an American basketball coach in Amman who is now training him.

“His skills were better than I expected,” said the coach, Robert Taylor, who was sitting next to Mr. Awet on a stack of exercise mats in a high school gym. “No offense, Awet, but Eritrea isn’t exactly known for its basketball.”

If Eritrea is especially well-known for anything these days, it is for being a troublemaker in a very volatile neighborhood. The nation has been accused of invading Djibouti in 2008 and fueling chaos in Somalia by arming insurgent groups, prompting sanctions from the United Nations Security Council.

But Eritrea has a proud history, fighting a grueling 30-year guerrilla war to break away from Ethiopia.

Mr. Awet’s name, in fact, means victory. He was born at home, by candlelight, in February 1990, on the eve of independence, right after a legendary battle.

He was always big. He was selected to play for the national basketball team when he was 15, and earned the nickname King A. By Eritrean standards, he had an enviable life, with a wealthy merchant father, good grades and a touch of fame.

But Dan Franch, his high school literature teacher, could tell he was not happy.

“I knew he wanted to leave, and I didn’t blame him,” Mr. Franch said. “This place is becoming inert. You encourage students to apply to college overseas but their chances of going are one in a gazillion.”

On the surface, life for young Eritreans does not look so bad. Asmara is littered with chrome-lined Art Deco cafes where young people sip cappuccinos and munch on pizza. But many young people complain (quietly) of being chained to dead-end government jobs. By law, mandatory national service is supposed to last 18 months. In reality, it is often indefinite, and few can get permits to exit the country until they are done serving. The government justifies this because of a highly militarized, unresolved border dispute with its neighbor, Ethiopia, nearly 20 times its size.

Mr. Awet says he probably will not see his parents for years because now that he has escaped, it will be dangerous to go back home.

At night, when he cannot sleep, he takes out a tiny prayer book his mother gave him — the cover is literally the size of a postage stamp — and thinks of her. Or he stretches out on a single bed with his feet nearly dangling off, listening to rap songs on his MP3 player and nurturing his dream.

“I used to dream about the money and the cars and the girls,” he sings. “But now I see, because I’m sitting on top of the world.”