Excerpts from Discussions with Dr. Yebio Woldemariam, Chair of the Commission on Eritrean Refugees and Suleiman Hussein, Head of Citizens for Democratic Rights in Eritrea

Why brutality against Eritrean journalists? 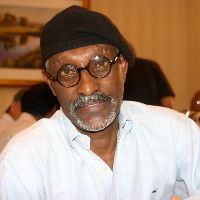 Dr. Yebio Woldemariam:     The cruelty against incarcerated journalists and the medical neglect when they are sick stems from fear that if they survive they will tell their people and the world the gruesome experience that no human being should tolerate. As recounted by former inmates, the prison facilities are designed to ensure the suspect will never be able to function as a normal human being again. If the government opts not to jail dissenting journalists, it suspends them from work and makes them know they are being watched regularly, thus breaking their spirit.

Origins of mistrust of the media

Dr. Yebio:      The regime in Eritrea is not used to free flow of information. The history of the ruling EPLF is that nothing whatsoever is reported unless sanctioned by it. The case of Ruth Simon is typical example that it will tolerate not even a former liberation fighter turned a freelance foreign reporter. The crime of the journalist is simply for trying to inform the public of the facts on the ground. It is taboo to report and bring to the surface such matters of war and peace, food shortage or corruption.

How is permanent news blackout enforced?

Dr. Yebio:      The government is aware that any information leaked out of Eritrea will expose the façade that everything is ok and dandy. It is therefore essential that it put strong lid on anything that damages its image. It puts strict control on materials coming out of the country using the traditional method of spying on its people. It deliberately curtails free electronic flow by not increasing band width and other means to make people connect with the world. Genuine shortage of electric power coincides with its desire not to see the Internet function normally.

On Diaspora media’s counterpunch and its impact

Dr. Yebio:      The Diaspora media has increased its potential by spreading news through the various websites and short band radios beamed from the Internet. We understand the people with access to radio and television have long since branded the news media inside the country as mouth piece of the regime with no credibility to make a good judgment about the prevailing reality. I believe, the regular Internet radio broadcasting to Eritrea by the Diaspora websites has more impact than anything else. I know for a fact that the regime is worried by the news dispatches broadcasted in local languages. The fact that the regime has to mention the Internet in a sort of demeaning way tells one that the Diaspora websites and radios stations are making an impact on the population at home.

Why is the Government rated as the worst press abuser? 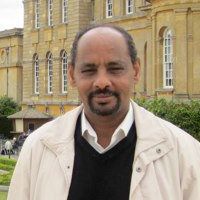 Suleiman Hussein: Eritrea is the only country in the world where all independent journalists are either in prison with some already believed dead in detention or are in exile. The government has therefore earned its deserved place in RSF press index that puts it at the top of its list of press abusers. To make things worse, the Eritrean government takes pride in publicly stating that there isn't such thing as free press nor shouldn't be one.

What should be done?

Suleiman:      It has been 13 years since the general crackdown on all those who had been calling on the president to implement the ratified constitution and introduce political reforms. It was then nascent Eritrean independent media was shut down completely and all its journalists arrested, unfortunately not to be heard of since. Even those journalists working for the state media have not been spared. During the last few years, many of them have been detained while many more had to flee for their life. The international community should do everything in its power to bring the Eritrean government to account. Inaction is not an option.

How safe are journalists abroad

Suleiman:      Sudan and Ethiopia are the two neighboring countries where journalists fleeing Eritrea find it easy to go to. In Ethiopia, things may be difficult due to history and ongoing politics. In Sudan, personal safety is an issue. There are instances where journalists have been either abducted by government agents, often in collaboration with corrupt officials of neighbouring countries or harassed by authorities of the host country. Distant places like North America, Europe or Australia may appear safer although acts of intimidation and even spiteful attacks on diaspora journalists by government agents do take place quite often.