On 11/9/2019, the government of Eritrea came up with a new list of prices for food produce and instructed all shop keepers to strictly adhere to its directive. The announcement reads as follows:

It should be remembered that a list of vegetables, fruits and produce prices was publicly announced on 4 Sep 2019. The government refrained from taking stringent measures in monitoring the new prices are not ignored by shop-keepers.  Starting today, 13/09/2019, we instruct all shop-keepers to adhere to the new prices.

The Office of Rules and Regulations

Translated versions of some of the Announcements that are required, by law, to be displayed in every shop are listed below.

First, the Value of ERN and the Country’s economy

In order to have a better understanding of the value of the Nakfa, Eritrean currency, one needs to have an idea of a few factors:

New Price List for Vegetables and Fruits in Nakfa 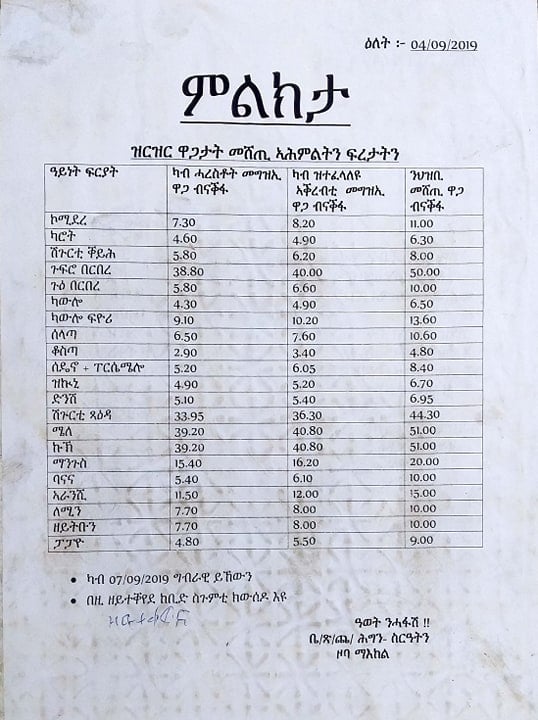 Office of Rules and Regulation

New Price List for Meat and Eggs in Nakfa 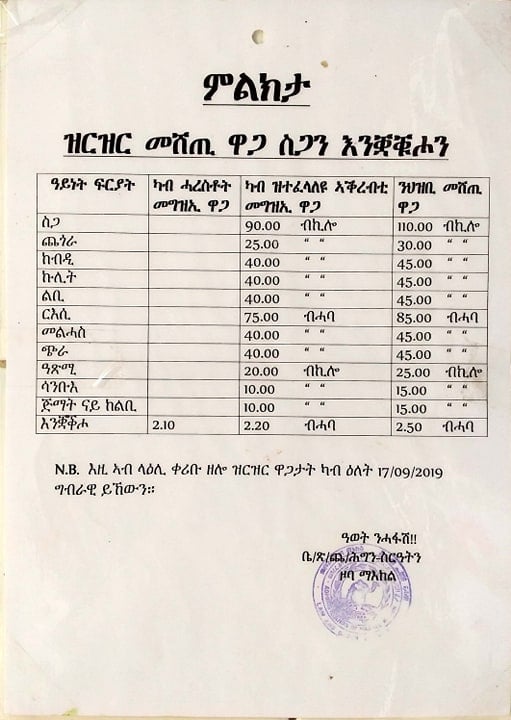 Office of Rules and Regulation

For more information, here are two more comprehensive lists of prices both in Eritrea and Ethiopia:

Warning: the prices listed in www.expatistan.com are different than the list provided by the Eritrean government.