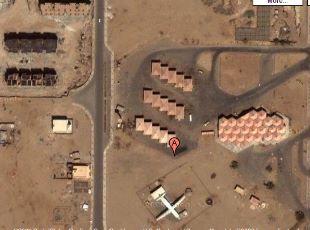 There is an unexplained telephone (telephone prefix 552) communication clamp down in Massawa. This is affecting the areas of Tewalet and the inner Massawa.

Neither the residents nor the public has been informed.

The official rumors state that the communication lines will re-open late April 2010.

Speculations are running high among officials and the public. One is that since the regime is leaking like a barrel full of holes, the paranoia has set in to the point where a complete silence on verbal communication where the inner circle is circumscribed into a limited area and persons.

The other speculation too has to do with the paranoia of the leader himself, one that has to do with direct threat to his life. It is to be remembered that the US have used the terrorists’ cell phones in Afghanistan and Somalia to pinpoint their whereabouts before firing missiles to kill them. Although this fear is unwarranted, it reflects the siege mentality that is now prevailing among the leadership in Eritrea.

It is not the first time that President Isaias Afewerki has used Massawa as his safe haven of the last resort. It has been a while now since Isaias has used Massawa as his choice of residence; so much so that the residents in Asmara joke that the capital city of Eritrea is no more their beloved Asmara, but Massawa. Every time he sees a threat in Asmara, he rushes to his bunkers in Massawa, where security has been rendered “manageable”.