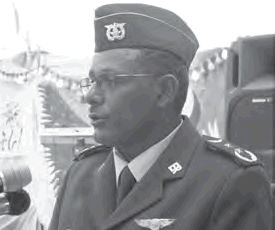 Both General Teklai Habteselassie, the Commander of the Eritrean Air Force, and Yemane Tesfai, General Manager of the state-owned Commercial Bank of Eritrrea, are allegedly on their way to Ukraine in a last minute effort to purchase arms for the air force before the curtain falls over Eritrea. The same sources from Eritrea also state that three higher officials who are on sick leave abroad have been ordered back to the country. They are Alamin Mohammed Said, Minister Berhane Abrehe and Brigader General  Futstum (Wedi Memhir).  Both events have been triggered by the UN resolution to sanction Eritrea at three levels: arms embargo, assets freeze and travel ban.

Ukraine happens to be the main supplier of armaments to Eritrea. This especially holds true in regard to the air force. Not only has Ukraine been providing the EAF with pilot trainers and technicians, it has also supplied most of its aircraft. The SU-27 is especially believed to be of high maintenance and requiring spare parts on constant basis. The fact that none other than the Commander of the Air Force and the General Manager of the major bank in Eritrea have been sent in a rush to Ukraine has left some government officials in Asmara speculating that the regime is on its last arms shopping spree to procure what it deems to be essentials for the air force before the arms embargo is fully enforced. The government in Asmara dreads any significant advantage in air force on Ethiopia’s side that may accrue as a result of the sanctions. 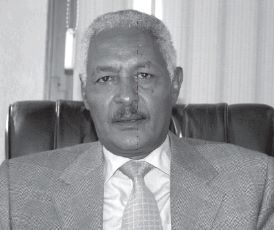 In light of the Ukrainian connection that is evolving, two events need also to be remembered: First, much of the firearms hauling to Somalia Islamists, including the terrorist organization Al Shabaab that has close connection to Al Qaida, financiered by Eritrea was undertaken by Antonov cargo planes that belong to Ukraine. And second, during the border war, an Ukrainian cargo plane loaded with firearms crashed in the vicinity of Asmara.

The other half of the riddle has to do with huge amounts of money transference between Eritrea and Ukraine that this transaction demands that it required none other than the presence of the General Manger of the Commercial Bank of Eritrea to close the deal. This time around, given the uncertainty of the future, no installments and no periodic payments will do; the cash flow has to be instant. Of course, this is also triggered by the order to freeze assets that belong to entities and individuals that have yet to be identified by the UN. Since much of the arms deal that Eritrea conducts both to arm itself and other terrorist organizations is of clandestine nature, nobody really knows where, how and under what names these transactions have been conducted. The fear on the Eritrean side is that it will be these assets that will be primarily targeted by the UN once the resolution is implemented and the process starts.

And last, since nobody knows who will be included in the UN list of higher officials and military leaders to be banned from travelling outside Eritrea, the government is taking no chances. The fear is that it may include the likes of General Teklai Habteselassie and and General Manager Yemane Tesfai. Given this uncertainty, this rush seems to be one last attempt to beat the clock while the government officials that can make it happen, the wheelers and dealers, are on the loose. 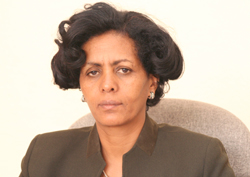 These two officials are highly regarded as competent and very “trustworthy”. Major General Teklai Habteselassie was formerly in charge of Zone 3, then of Sawa Military Training camp for the forced national service and then had the added responsibly of the Eritrean Air Force. He replaced Habtezion Hadgu whose disappearance caused a stir in Eritrea a few years ago. Teklai is also the spouse of Luul Gebreab, Chair of National Union of Eritrean Women (N.U.E.W.) a government propped organization. Yemane Tesfai was an employee of the Commercial Bank of Ethiopia (now Eritrea) and disappeared with money from the bank and joined the E.P.L.F. where he stayed until independence when he became the head of the Commercial Bank. 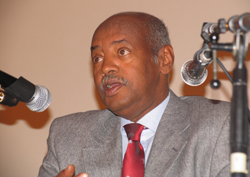 Another event triggered by the UN resolution is the order from Asmara for Alamin Mohammed Said, Minister Berhane Abrehe and Brigader General  Futstum to end their visit in Europe and return to Eritrea immediately. Since the blacklist of higher officials selected for travel ban is yet to be compiled, those who are suspected to end up in such a list are being ordered to head home. Besides, the angst level among higher officials has reached such a hysterical level that the regime is doing whatever it can to prevent any potential defection. The fear is such a defection among the highest officials might cause a stampede to exit at a lower level in its embassies and other foreign-based posts throughout the world. 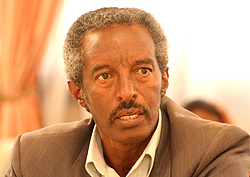 Both of these developments show that Eritrea is not ready to give in to the demands of the UN and is preparing for the long haul; it is digging in to weather the storm. An already insular country that has instilled the mentality of encirclement on its people is withdrawing fast from international scene. It has already cut off itself from IGAD and AU. And its relation with the UN, since the day it expelled the UNMEE from its land, has been getting from bad to worse.