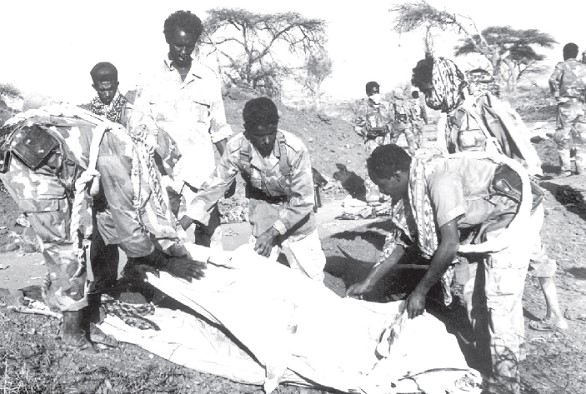 The figurative quote was captured during a discussion among Eritreans who live abroad. The old gentleman, whose name is withheld per his request, could not describe it any better. The overall situation of post-independence Eritrea has turned into a traumatic experience for the living and a miscarriage of martyrdom for the fallen.

The quote prompts us to consider a very important reflection that needs to be confronted head on. What happened to the dreams and promises of our martyrs?  Is Eritrea better off now than before?

Let’s reflect for a moment on this solemn day why we remained muted when the ‘rights’ of our martyrs were being abused.

Who made it possible for evil to triumph in Eritrea?  Where were we during the time of dispensation of malice? Shouldn’t we have known better when the regime started jockeying for position to make Eritrea its own playground?  Where were those ex-fighters, those who knew what was coming, those who were close colleagues of the powers that be, when Eritrea needed them the most?

Don't we all have to answer for our own failures and misdeeds?

How the Eritrean regime is making a mockery of Martyrs Day

Martyrs' Day is observed on June 20 to honor the fallen fighters of Eritrea during the armed struggle as well as after independence.  The martyrdom of Eritreans fighters is a sacred affair in all Eritrean communities.

The day helps us to deliberate on circumstances that have defined today’s Eritrea and to evaluate the price Eritreans paid to achieve independence.

One thought that crossed our mind again and again is how the government is taking advantage of Martyrs Day in order to promote its fake grandeur at the cost of the fallen.  Is it not a charade to watch the proponents of tyranny commemorate Martyrs Day?

If we agree that the many abuses of human life, liberty, and dignity of Eritreans are a heartfelt suffering, then we can conclude that this day, entrusted with our martyrs glory, allows us to condemn those who are trampling the Eritrean dream. Simply stated, those who are exploiting this day to their advantage are abusing the image and promises of our martyrs.