Perhaps one reason we are proud of, intrigued by, and then let down by our Independence Day is due to the fact that we are reminded of our history, our struggle, our accomplishments and the failure that ensued soon after, failure in turning Eritrea into a properly administered democracy.

We still remember of the sacrifices our freedom fighters made to secure independence during the 30+ years of warfare and hardship.  Yes, people still remember the massacres committed during the Eritrean War of Independence – in Hazemo, Akordat, Elabered, Ona, Om Hajer, Asmara, Keren, Woki-duba, Hirgigo, She'eb, Af'Abet, Massawa ...etc.

Overcoming the cruelties, we still remember the day our freedom fighters rolled in Asmara on May 24, 1991 – the day a heavy burden was lifted off their shoulders and the excitement we experienced. 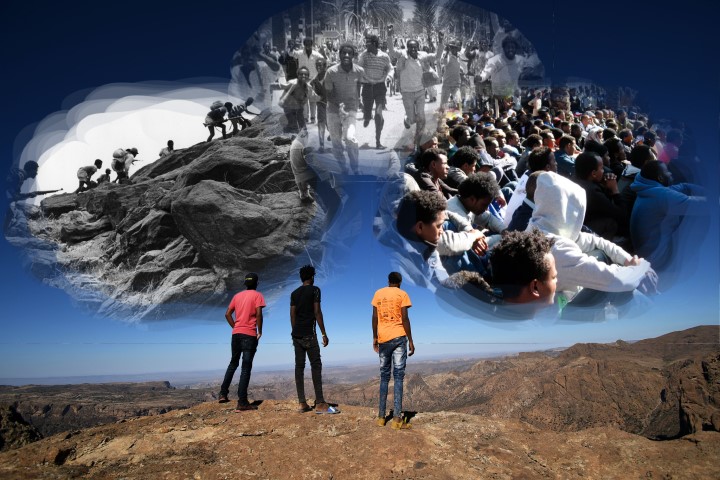 It is also to be remembered the level of enthusiasm that was prevalent in Eritrea during and soon after independence.  People danced in the streets as if there was no tomorrow.  Those of us who witnessed that event still remember who the bearer of the news was – that Eritrea was free at last.

Who can forget the echoes of our rejoicing and ululating mothers who welcomed independence wholeheartedly while in their hearts of hearts they eagerly awaited the news whether their children – the freedom fighters - would return home alive from the battlefields of Eritrea.

Most of all who would forget the day we voiced our ‘yes to independence’ choice during the referendum.

Looking back, we were being lulled into handing over power to Isaias and his clique

… clapping and serenading those who had no intention of handing power to the people.

The flipside of May 24

There is a saying in English that goes like this:

Broken vows are like broken mirrors. They leave those who held to them bleeding and staring at fractured images of themselves.

Likewise, there are other reasons why Independence Day is felt acutely in Eritrea – how it imprinted a sense of hope in us … and how that very hope later turned into severe disillusionment.

On this day we are reminded of the president’s theatrics – the annual boring, hollow speeches and interviews that are practically re-runs of the year before.

One needs to bear in mind that during the Haile Selassie and Dergue eras Eritrea experienced cruelty – indiscriminate butcheries, incinerations of villages, mass detentions, utter domination and various forms of persecutions.

And what are Eritreans experiencing under the Isaias era?  Eritrea is producing more refugees than ever; the resourceful citizens are totally blocked off from pursuing their business acumen; our children are put in perpetual slavery-like conditions under the pretext of National Service;  thousands of ex-fighters had left the country seeking refuge abroad, villages have been drained of their inhabitants, the regime is looked down upon by the international community; Eritreans who live abroad have avoided the prospect of returning home altogether and more.  Please mind the fact that we haven’t even delved into the corrosion of civil institutions, disappearances, corruption, control freakery, hollow existence and more.

Eritreans are reminded of all the above.  We continue to witness how the government is using illegitimate tactics to get around the real Independence Day.

We say enough is enough!