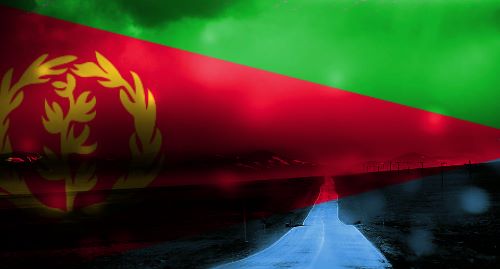 During an interview the Eritrean local media conducted with President Isaias Afwerki on 29 Jan 2017, the 71-year-old president of Eritrea, who has been in office since 1991, disclosed the country will be guided by a new roadmap in 2017.

‘The road map’ said the president, ‘is based on lessons learned during the last 25 years’.  He said it would usher is a new beginning for the country in 2017.  ‘It will accommodate wide public participation’, he added. And yet, he asserted, it would be headed solely by members of the PFDJ, the government’s exclusive party. The plan is clearly to solidify PFDJ’s rule via the new road map - if indeed it is ever launched.

What is a road map anyway?  Theoretically, it is an instrument to marshal efforts toward achieving government goals. A road map, under normal circumstances, would offer a look into Eritrea’s future and take into consideration numerous drivers of change. What are these?  The people!  However, in our case it is the PFDJ party which will coordinate efforts and take action towards change. ‘Our road map’, restated the president, ‘is a time-based plan that defines where we are, where we want to go, and how to get there’ – as if the last 25 years were not enough to do this.

The road map, which is intended to strengthen the government’s position over its citizens, is divided into four operational zones, including the diaspora. The move will give the government more control over Eritreans living abroad who are the main source of remittance. The president said the new road map would adopt a similar approach to organise the diaspora to the mass organisations organised during revolutionary years around the ንቓሕ (nQah), ተወደብ  (tewedeb), እተቕ (Eteq) mantra (loose translation: advance consciousness, get organised and remain armed).

He went back to assess the political, economic and social circumstances of the country at length. His conclusion was that throughout his time in office (25 years) the world conspired to contain Eritrea unjustly.  According to the president all the problems faced by the country – economic stagnation, border disputes, recurrent conflicts in the region, various human rights abuses and sanctions - were all designed by the international community to isolate and weaken Eritrea.  ‘We survived the onslaught’, he said.  ‘On the contrary, we came out stronger than ever’.  However, he did not explain why the world has adopted an ‘anti-Eritrea position’ as he put it.  Of course, according to him the fault lies elsewhere, never to do with government transgressions.

Strangely, in an attempt to depict our country as superior, the president drew a parallel between Ethiopia and Eritrea which left his audience dumbfounded.  By dwelling on the recent upheavals in Ethiopia, he dismissed the fact that Eritreans had been turned into slaves under his leadership while Ethiopia pulled away on many fronts – infrastructure, construction of buildings, increase of small businesses, education, poverty reduction …etc.  The current reality is that, unfortunately, many Eritreans choose Ethiopia over their own country.  That is why tens of thousands of young Eritreans have sought refuge in Ethiopia.  That in itself tells a vivid story of what is happening in their homeland.

During those annual interviews, the president never addresses issues that resonate with the public but he warns various groups to stay in line - religious groups, business people, home-owners and now the 'fence-sitters'.  That shows how detached he is from the reality that dictates people’s lives.  He bullies people to join his faction and then expects them to absorb his values. PFDJ’s values discredit those of Eritrea’s heroic freedom fighters who sacrificed their lives during the armed struggle for independence. Thousands of prominent combatants have abandoned the regime and chosen to go into exile. The outward journey continues.

In summation, it is time for Eritrea to build a citizen-centred, not PFDJ, political system. The country’s affairs cannot be legitimate just because an illegitimate leader says so. The rigid and crude form of PFDJ policies designed to ensure its permanency are not consistent with the country’s overall development.  The new road map augments PFDJ’s reach and preserves its domain; the people are absent from that design. President Isaias does not realise that Eritreans, like other people, are drawn into political groups based more on social forces than PFDJ’s ideology. So the new road map is already dead.

Blaming others for the successive government failures during the last 25 years, since the country’s birth, is disgraceful.  The Eritrean earth is heaving and many are aware of the rumblings. One can see the convulsions of the veteran fighters – many of them old men and women now and close to death -  who are outraged and yet too dumbstruck to rescue Eritrea from the clutches of their ex-comrade. They can see the country is on life-support; they can see Isaias’s rule cannot bring progress, only destruction.  They have to speak out and challenge the dictator in their midst. Otherwise history will judge them harshly for their inaction and will discount the heroic deeds they carried out during the struggle for independence.