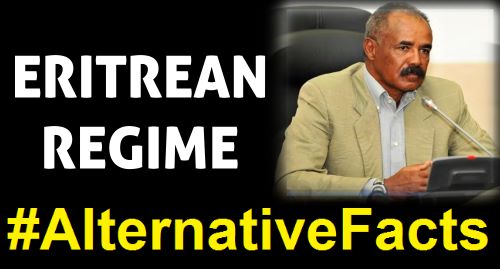 Under the rule of Isaias Afeworki, Eritreans have been blamed for every wrong step the government has taken, and they have been condemned to live a life of irrelevance and servitude.  Life in Eritrea is all about control and suppression. The president and his men do not hesitate to beat the living daylights out of ‘the ungrateful’ who express the simple inconveniences of life in the country, let alone protest or express grievances.

Without delving into the chronic political, economic, institutional and systemic issues, let’s think in terms of simpler day-to-day issues that have held Eritreans captives for a long time: lack of water and electricity in urban areas, stringent financial constraints or ‘money rationing’, the declining purchasing power of the Nakfa, dormant business activities – e.g. closures of restaurants and other small businesses in towns, systematic erosion of morality and people’s dignity, dilapidation of not only edifices but also lifestyles, vanishing villages and more.

One can test the above claims by attempting to place a simple phone call to Asmara. Getting through in this day and age of modern technological development is almost impossibly challenging! To a large extent, the effects of the costly, cruel and deceptive nature of the regime can be measured by the number of young people who are fleeing Eritrea on a daily basis.

There are those who ignore these cataclysms as if the fault does not lie with the government’s mismanagement of its people and resources, but elsewhere.  It is only a question of time before everyone realizes the facts on the ground.  Those who ingratiate themselves with the regime, those who are shameless in providing ‘Alternative Facts’ for every blunder the president commits against the people of Eritrea, will sooner or later find themselves situated at the receiving end of reality.

What's more, Eritreans are urged to stick to a paranoid policy, used as a pretext to keep them permanently subjugated. The ‘tighten your belt’ economic policy, one of the president’s fixations, has been in place for decades - starting from the days of the armed struggle and lasting until now, 25 years after independence.  Eritreans are made to sacrifice and lower their standard of living because they are made to believe they have less money than they did before.  What era does the ‘before’ timeframe represent?  Was it during the Ethiopian occupation? During the British Military Administration?  Perhaps it was during the Italian colonial period?  The policy of “tightening one’s belt” is based on utter deception!

More and more people realize that we have been duped by such falsehoods all along. Now we find ourselves in an era where the moral criterion for the sacrifice Eritreans made should rightly be revised. The average EPLF combatant fought heroically to achieve independence; but the role the leaders played during the armed struggle is beginning to emerge as spurious and devious.  Eritreans are well within their rights to judge the present on the basis of the false promises of the past.

It is perplexing to listen to the arguments of the government’s spin doctors, proponents of Alternative Facts, relating to the constraints Eritrea faces during this difficult period.  They argue that what matters is the aggregate satisfaction of the average citizens; meaning the satisfaction of the larger group is more important than the satisfaction of individuals. Really? Their ‘rationale’ does not hold water because it fails to explain the existing plight of the Eritrean people adequately. Why has the suffering of the people more than doubled since independence?  Why have public services and basic facilities collapsed? Why is Eritrea producing more refugees now in this ‘golden era of independence’ than ever? Why hasn’t even a fraction of the diaspora returned to Eritrea after independence? We did not have repressive and thuggish administration during the Italian, British and Ethiopian occupations … why now? Why have many freedom fighters sought political asylum in the West after independence?

In the past we fooled ourselves by thinking that morally wrong actions were sometimes necessary to achieve morally right outcomes.  However, the outcomes we have witnessed since the birth of Eritrea have been morally wrong because they have produced perpetual servitude.  Eritrea, in its current state, is not a proper nation state as we were led to believe but a playground for Isaias and his cohorts.  That is the real, not alternative, fact of our story.