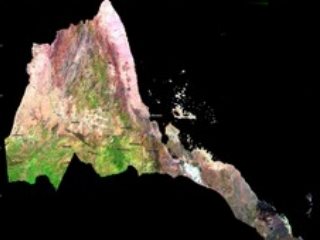 Land has been a hot topic ever since the government early last year or late 2008 was reported to have decided to move a large group of villagers from the southern part of the country in the highlands to the western lowlands of Eritrea. See, for example, http://www.assenna.com/english/news/1458-eritreans-in-88-villages-to-be-dislodged.

Let me preface this article with the following: First, I really think those of us in the opposition should not be spending our time and energy targeting each other or bringing issues that divide us and the Eritrean people in general. For the PFDJ regime in Eritrea rejoices when the opposition is at each other's throats. Land is such a divisive issue. However, sometimes one is left with no choice but to respond to the accusations and attacks coming from a certain group of individuals. Secondly, and more importantly, I believe land belongs to the people. In Eritrea, each and every village owns their land, they know the boundaries of it, have centuries of experience with it, and have had rules and regulations governing the use of land. As such, the land belongs to the "Adi" or "Ad" in the Tigre language, and should be left to the people. If there is any land that does not traditionally belong to a village, such as may be the case in the remote areas where it has never traditionally been claimed by the people, then it should, by law, be owned by the government as a national treasure to be used at the discretion of the government and directed and approved by a Parliament or Bayto that is duly elected by the people. Obviously, we do not have such a Bayto or parliament right now. Thirdly, I strongly oppose, for a couple reasons, the government's resettlement campaign which, according to the reports we see on the Internet, seeks to move eighty highlander villages from what is called "Debub" or southern part of the country, to the lowlands. First, no government should force people to move from their traditional areas. It should only be voluntary. Second, the government has no right to take land from anybody and give it to someone else. In this case, taking the land from lowlanders and giving it to highlander settlers is unacceptable. However, the land scarcity issue as a problem in the highlands is well known.

To put the land situation in the highlands in some perspective, let me relate this story. When I was young, I lived with my grand-parents for five years in our ancestral village, the memory and experience of those years I treasure and cherish to this day. Like most villages in the highlands, the land belonged to the village collectively. Every seven years, the village elders would get together to redistribute the land anew in a system called "Warieda" (redistribution). Due to population growth, land was becoming scarcer by the day. In that regard, I remember one time my grandfather, to my utter amazement, telling me, by way of lamentation, that the land between two land marks of the village I knew very well, used to belong to our family. I was amazed because, at that time around 1966-67, that particular land was already divided into 40 or 50 small plots (grawti/grhu) among the villagers. I didn't understand at the time how all that land, about three-quarters of a kilometer in length and about the same wide, was in the hands of my family in the old days. I am sure many highland villagers might have similar stories. Today, forty-plus years later, I am sure the land problem in the highlands of Eritrea is more chronic than ever before. Hence, while the land issue is real, important, and needs to be dealt with seriously and fairly, I believe this is not the right time now but it should be up to the Eritrean people to decide what to do with their land.

The resettlement or the relocation of villagers is obviously a forced one, no matter what the PFDJ may say. The regime has decided to remove these villagers from their ancestral homes and resettle them somewhere in the lowlands. This is not voluntary! Those who attempt to make it seem so, i.e., that the highland people are happy to be relocated, as if the people of Eritrea have any choice but to accept the regime's decision, are being dishonest. They cannot blame the victims; we should not allow them to continue to blame the victims of this atrocity.

What else are we supposed to make of the concerted assault aimed at the Christian Highlander (the so-called Tigrigna; I prefer bihere-Tigrigna) when we are faced with the dictatorial regime which has usurped state power and are doing what they wish with the land as well as the people? While the dominance of the bihere-Tigrigna in that power structure is indisputable, the culprit and the real "land grabber" is the government, not the people. Why then are these divisive accusations aimed at a people of the highland region (the Christian highlander to be specific) who have no say on the land matter whatsoever? Where is the fairness here? And what should we do then with these accusations coming from certain self-appointed advocates of the "Lowlander" accusing the Christian Highlanders in general? Do we appease them and apologize or do we confront them and push back? I have chosen the latter as some writers have done so already.

This land issue reminded me though of the remarkable 2005 book by Hannah Pool titled "My Fathers daughter". In it, Hannah tells the story of the family she'd left behind thirty years earlier in Eritrea when she was adopted as an infant and an orphan by an English and American couple (only, to her astonishment, she discovers later that she was not an orphan at all. In fact, she finds out that her father was still alive and that she has at least twelve siblings, all surviving except a sister who died in the war). When she went back to Eritrea to visit her family, she confronts the reality of meeting in person her biological father who gave her up all those many years ago. Her father happens to live in Awgaro but has come to Asmera to see her. After a few days of celebrations, her father had to leave to go back to his family and his cattle in his village in Awgaro, which is in the Gash region. Hanna, after a few days, decided to go and see him in Awgaro. Obviously, Awgaro happens to be his adopted home, while the family's ancestral home is the village of Bekishemnok, near Dersenney in what was traditionally used to be called "taHtay Anseba".

The morale of the story is this: her father is apparently one of those Highlanders who, in the past thirty, forty, or fifty years, have migrated to the Gash-Setit areas in search of land and grazing pastures for their cattle. But unlike the Beni-Amer and other Tigre folks who annually trek there (and even beyond across the Tekeze river into Ethiopia, in the old days anyway) with their cattle from Barka in search of the same pastures, many highlanders finally settled in Gash. In fact, there are many villages in and around ToKombia ( Dukumbia), for example, with migrant/settler names from the highlands particularly Hamasien and "qola" Serae. One of the biggest and perhaps well known villages I remember is, for example, Adi-n'amn. This village is obviously settled by folks from the same village in Anseba. In Gash, this transplanted village is right across the Mereb river from the town of ToKombia. I don't know how those migrations happened a generation or two ago; I wish there was more research regarding this to show us the history of those migrations. But these villages are part of the landscape now, which was traditionally occupied mainly by the Bazien or Kunama people. The latter, i.e., the Kunama, definitely have a legitimate grievance there.

I wonder if Ali Salim hails from one of those Beni-Amer villages in Barka who also used to trek to Gash-Setit even into Tigray, as I said above, in search of grazing land for their cattle (in some cases a hundred of those beautiful "Bgayt" cattle belonging to one person), and returning to Barka only during the winter months. And, most importantly, I wonder how many Beni-Amer folks have eventually settled for good in the Gash-Setit area (in the past thirty, forty, fifty, of sixty years) leaving their traditional, ancestral homes, say, around Mensura in LaElai Barka, for example, Ad Sheikna Mustapha or Ad Ibrihim in the planes of Barka taHtay or the Megoreib area which come alive mainly in the winter months. I would not be surprised if many Tigre and BenAmer folks have settled in the Gash-Setit from Barka LaElay, marya tselam or Marya QeyaH, or even from Sahel. Would these folks fit the description of the "land-grabbers" as well, in Ali Salim's convenient dichotomy?

(To be continued in Part II)