I didn’t think I would respond to Thomas C. Mr. Mountain’s article entitled, “Sweden’s Cause Celebre Dawit Issack: Hero or Zero?” published in Eritreacompass.com, a sister website of shabait.com(a website of the Ministry of Information).

Mr. Mountain is an unofficial spokesperson of the Eritrean government and he was actually hired by the People’s Front for Democracy and Justice (PFDJ) to misinform the international community. I didn’t intend to raise this issue because most people know the truth anyway, but I decided to do so just in case Mr. Mountain’s article influences 0.00001% members of the international community. Those people deserve to know the truth if they are not aware of it yet.

Thomas C. Mountain, the so called “independent journalist,” acts as an expert on Eritrea. He has tried to discredit Eritrean journalists and organizations that advocate press freedom. Mr. Mountain criticised the World Association of Newspapers (WAN) and Reporters Without Borders (RSF) for placing Dawit Issack’s name on the list of arrested journalists in the fall of 2000.

He said, “The Eritrean government claimed that Dawit Issak, along with a number of others listed in the RSF press release, were detained for going absent without leave (AWOL) from their military units and were not in prison but had been returned to their military commands.” 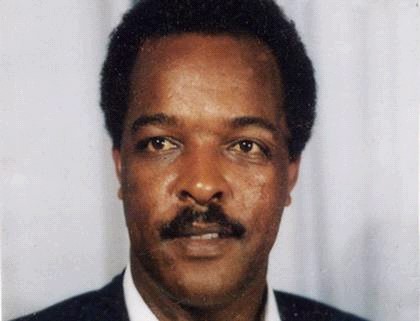 There is no truth in his statement at all. First of all, neither RSF nor WAN listed Dawit Issack’s name with the eight journalists who were arrested on October 14, 2000. As a matter of fact, Dawit Issack was not in Eritrea; he was in Sweden from May 2000 to April 2001. I was one of the editors who passed the name of the arrested journalists to the international community. I remember back then that what Thomas C. Mountain wrote about the arrested journalists was not true.

I was so anxious to meet this so called “independent journalist” and challenge him in person. I wanted to know his motive for lying so blatantly. And so I contacted one of my sources who used to work in one of the biggest hotels in Asmara. She told me that she knew him and she confirmed that he was not in Asmara but was actually living in the USA.

That shocked me. He denied that the journalists had been arrested and he had pretended that he was in Asmara while the incident of arrest took place.

It is then that I learned that he had been hired by the PFDJ not only to gather historical information about the border conflict between Eritrea and Ethiopia, but also to become involved in the propaganda’s activities of PFDJ. And gradually, he became an unofficial spokesperson of the Eritrean government. He has given several interviews. And of course, he has been trained to lie.

This is a well-known fact. Mr.Mountain tried to undermine the publication of Setit newspaper. “This publication” he said, “was usually no more than 4-6 pages and contained mainly commentary and opinion pieces, little of what I would call ‘news stories’.”

The odd thing was what he said about the circulation of the newspaper. Mr. Mountain said, “The vendors we talked to said they usually sold two or three, maybe four copies of each issue...”

I am sure anybody who knew the truth about Eritrean independent newspapers would have laughed at this. Setit was the largest newspaper in Eritrea with a circulation of 40,000, published every Tuesday and Friday. About 500 children were involved in distributing the paper in Asmara alone, and they were made a living through the commissions they earned. It was very rare to see even fifty unsold copies returned. It always sold out.

On the contrary, Hadas Ertra which sometimes printed fewer pages than Setit, had a circulation of only 10,000. Half of its distributed copies were returned to the distributor unsold.

Mr. Mountain shamelessly declared, “…we wondered how, after up to seven years of publishing these papers, they were able to pay for their salaries, rent and publishing costs.”

Notice how he said ‘after up to seven years of publishing’? This is the person who pretended to know everything about the Eritrean press. But he didn’t even know when the independent press started—how long it had been in business, etc. He just wrote arbitrarily.

Setit was the first independent newspaper begun in Eritrea. It distributed its first issue in August 1997 but it was banned in September 2001. It didn’t last seven years, as Mr. Mountain claimed.

The sad thing is that his false statements didn’t end there. They just went on and on. He said that Dawit had never published an article anywhere. Mr. Mountain tried to portray Dawit as someone who fell into the field of journalism from nowhere. What Mr. Mountain doesn’t know is that Dawit Issack is a published writer.

When Simret and I co-founded Setit newspaper in December 1996 and launched the first copy in August 1997, we were looking for talented writers to expand our capacities. We learned about Dawit Issack’s talent and the book he had published. As a result, we invited him and Joshua to join us at the end of 1997. Both did so and became co-owners.

Dawit Issack is one of the finest writers I know, an excellent interviewer and a dedicated journalist who longed to see the seed of democracy flourishing in Eritrea just like it does in Sweden. No one can erase the tremendous contribution he made before he joined Setit or after. We and future generation will remember it long after Mr. Mountain goes.

The unofficial spokesperson of the Eritrean government, Thomas C. Mountain, continued to accuse the free press of taking financial contributions from the CIA. This is a complete fabrication. He also accused Dawit Issack and my colleagues of failing to file their tax returns.

“…the so called ‘free press’ in Eritrea had never filed the required tax and business statement covering their finances as required by Eritrean law, in some cases for up to seven years, something they all had been repeatedly warned to do by the Eritrean authorities,” he said.

Setit newspaper filed the required tax return every single year since its inception. But it remained in business for four years instead of seven, as the so called ‘independent journalist’ said.

However, Mr. Mountain doesn’t know any of this. He merely has to repeat what the PFDJ officials tell him. After all, he is an employee of PFDJ, and he intends to destroy the name of Dawit Issack, in particular, and Eritrean journalists in general.

Whether Mr. Mountain likes it or not, Dawit is a cause celebre in Sweden not only now but for generations to come.