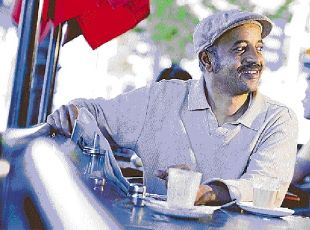 One is building a strong, connected community in and around the Housing Commission flats in Flemington, Kensington and North Melbourne; the other is working to help people from his home country who have been forced by conflict to live in appalling conditions.

Mr Jaber, who works with a group called Eritrean Community in Australia, said the feeling in the Flemington community was miles away from where it was when he arrived in 2000.

Events like the Eid Festival and forming the North Lions Soccer Club had done amazing great things to not just link the wider community to the African community in Flemington, but to build bridges between African residents from different nations.

"For Aussies maybe we are all the same in a way as we are all black, but events like this have really bridged gaps within our own community," Mr Jaber said.

"With the soccer club we found out a lot of disadvantaged kids from minority groups had no chance to do any recreation.

"In the team now we have more than seven nationalities represented." 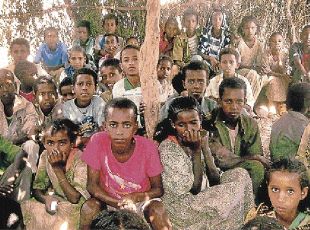 Born in Eritrea, Mr Jaber is also a member of the Eritrea Australia's Humanitarian Aid group, which works to raise awareness and funds for Eritrean refugees who live in camps scattered about neighbouring Horn of Africa country Ethiopia.

Hundreds of thousands of Eritreans have been forced to flee to Ethiopia to escape the corrupt regime that has ruled since 1991.

Since visiting refugees camps in May last year, Mr Jaber has been more committed than ever to making a difference to as many people as possible.

On December 27 an African humanitarian aid festival will be held at the Millennium Reception Centre in Sunshine.

Performers from Eritrea, Sudan and Ethiopia will perform traditional and modern influenced work in a big production.

The festival's aim is not only to raise some funds, but mainly awareness of the plight on Eritreans.

"We might not make that much money, but it will be a start and it is more about the awareness, making sure the wider community knows what is going on and taking it from there," Mr Jaber said.