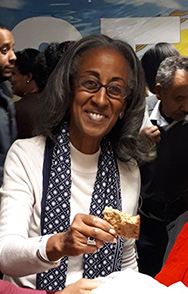 A certain Seble Efrem, a government supporter, who lives between London and Asmara posted an interesting message in the twitter world of late.  She wrote, ‘My Saturday grocery bag contained the freshest, home grown, fair priced produce’.  Her message was accompanied by three images. 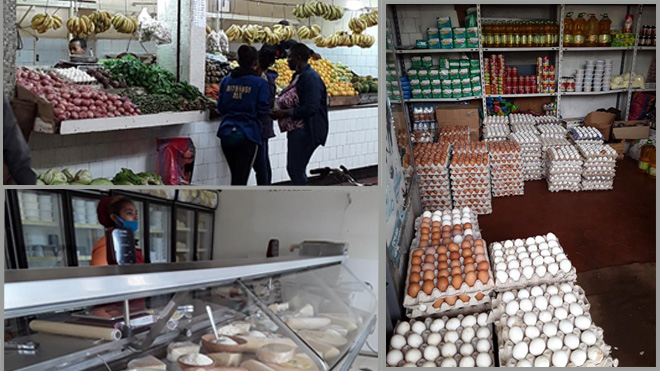 What are we supposed to make of those images? Are they meant to show us that Eritrea is flourishing?

AIM staff, interested in her posting, began to investigate her claims.  AIM believes the pictures are authentic and such fresh produce do exist in few Asmara markets. Ms Seble, having lived in London for more than three decades, must be earning enough pension to live in Asmara comfortably. That is why she filled up her shopping bag with lots of fresh produce.

“The prices are fair”, she stated in her tweet. It is no surprise she finds the prices fair because she, unlike the impoverished citizens, has enough. What she failed to mention is the fact that the locals do not go near those markets she frequents because they do not have that kind of money to buy eggs, cheese, fruits, meat and so forth. In fact, Eritrea is suffering from famine at this very moment. AIM assumed that her posting was an attempt to cover up the predicament that is looming large over the horizon.

Ms Seble made a cardinal mistake of spreading ‘the good news to all’ a bit tactlessly.  She is aware of the misery that is present in Eritrea; and yet she decided to demonstrate that Eritrea, perhaps her Eritrea, is flourishing.

What is the Real Situation in Eritrea?

After a brief exploratory research here is what AIM found out about prices in Eritrea.

Basic lunchtime menu (including a drink) in the business district:  Nakfa 165

Ms Seble has to bear in mind that government employees (in the higher grade) make around 3,000 /month. National Service graduates make around 500 Nkfal/month. Sadly, the majority of Eritreans live off hand-outs they receive from their family members who live abroad.

Here is a similar list of items in USD in both Ethiopia and Eritrea.

From the above table we can easily conclude that life is more expensive in Asmara than in Addis Ababa - approximately by 30-40 %.

Ms Seble, makes no mention of the real story behind market prices in Eritrea. A knowledgeable woman of her stature is morally obliged to tell the truth.