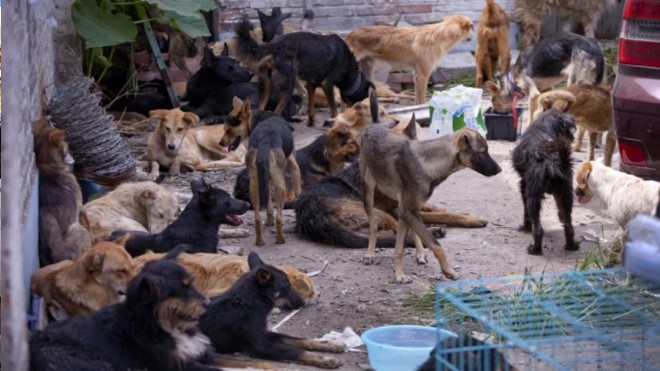 She lived in that city of stray dogs in peace – and no one took notice.

They, the residents, all looked out of place as if they were from another dimension of reality.  They walk blank-faced for a way out.  That is the way they look.  They behave and talk on a state of a lookout – what is this and what was that – bodyguards with absolutely no sense of direction.

You don’t need a police in that city simply because everyone is a policeman – or woman – or looks like one all-knowing political policy.

This woman was of the other kind.

There was no way out of this hideous place.  “Tomorrow is just another day,” people love to say whenever they feel like saying it.  Tomorrow is as dreadful, if not worse, as yesterday and just so disabled to see today is the day – of all the days compared to all the futures of yesterdays.

For what is worth, today will be registered for what it is worth.

Unlike the rest however, this gentle woman had a purpose – a purpose no one could even imagine in that city of dogs.

Looking after stray dogs became so natural to her even the dogs could see that – so naturally.  When the residents saw her walking along the lifeless and God-forsaken streets followed by her no more stray but faithful dogs, they just couldn’t believe their eyes.

The dogs had no issues with all that disbelief – they just knew they were at home.

Maybe it was the dogs – no longer astray – that made her house a home. But no one could fly their imagination that far.  They were stuck in their daily grind of not looking after themselves and had no idea they were the ones who went astray and unable to co-habit within their own neighbourhood.  So detached they were from their own surrounding that one would be surprised how they managed to wake up in the morning and live through that routine of daily nightmare all over again.

She, on the other hand, found a purpose and so did the dogs – a transaction of mutual benefit stripped to its bare minimum – absolute minimum.  It felt like she had signed a contract.

I, whoever I am, hereby promise – for better or worse – to take care of these dogs for as long as I am alive and untill death do us part.

And that was that.  She kept her promise to the very end.

She died in bed, at home, in her sleep and in peace.

The dogs knew the moment she died.  They could feel her spirit from a distance and began howling like wolves – their ancestral spirit rising to the fore.  A howling full of sadness one couldn’t bear to hear.

The whoooooole neighbourhood woke up and felt they were being invaded by hounding wolves and wouldn’t dare go out.  They went to bed but couldn’t sleep till the Sun rose – as if it was just another day.

This is the day she was no more – except in the spirit of her howling dogs... no more astray and strong enough to be on guard.  The new guardians, so to say!

Time took its toll and the neighbourhood rose to the occasion. They understood.

They organised the funeral for the day after.

One could see from a distance – from wherever they were – a procession of people wailing and dignified dogs just walking behind towards the burial grounds.

After all the prayers and procedures, she rose in peace and they all went back home to where they all belonged.

It was the dogs who had the last howl.  Bless them.

An hour drive from there, a foreign minister of a nation and a Haile Wolde T by name – a man stolen from that city of dogs – dies in prison after 18 years in confinement so far away in the wild.  He was buried like a dog by his prison guards not far from his prison cell in which he strayed all alone for almost a quarter of his life.  There are many who strayed like dogs and died like him.

No prayers or processions... so rise with power to fight the dogs of war at least.