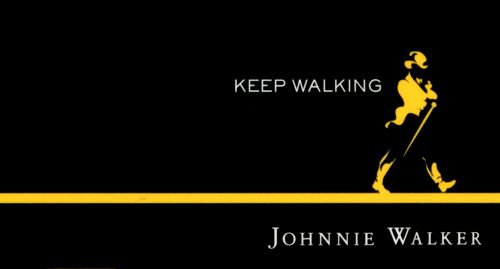 My city is growing too fast; constructions are booming everywhere; condos, railways, trade towers, telecom and electricity supply...ohhh...too much facilities paving the way to transformation.

The other day, early in the morning, I think, I was walking around. I call this if I am not mistaken "The walk of uh.....never mind. Look at those people making a long queue, waiting for taxi. There comes the bus; few people are advancing towards getting into. However, most chose to remain lined up.

I wandered so and asked why? ...the destination of the bus perhaps?

I don't think, so replied Duni, a friend of mine and kept on saying it has the same destination with the cab they are waiting for. It's all about comfort. Most of the time girls don't like the city bus. And the beautiful ones, I would say they completely hate it. If the girls don't like the city bus, don't blame the boys for having the same experience.

People complain about the shortage of transportation in this city. Though could hardly abate the problem, I do have an idea.

Why don't we create a culture called "pretty bus"? This is a culture of making pretty girls passionate about city buses. When the pretty girls start using city bus the boys will follow suit. So there's no need to be lined up for a taxi and we are too late for school and work.

Any ways I'm walking. How come the sun is scorching hot in such an early hour? The climate is changing fast; I mean, it's getting worse. What the hell is the situation in which I'm talking? Every body knows about that.

In due course of hitting the road, my eyes suddenly got stuck on Johnnie Walker's picture; hanging on the wall, on one of the finest building in the city I kept my head up. "Keep walking" is written behind him. I don't understand this. I thought Johnnie Walker was an alcohol brand. How could anybody says, "Keep walking" to promote a drink?

No matter how absurd what I was thinking, I kept walking. Few steps later, there I saw people seating on the veranda of Shan Bubu's bar and restaurant.

I asked myself what are these people doing? Hmm....I have now just figured what should have been written on Johnnie Walker's picture "Keep drinking!"

And I told Duni Look at them! Young people on my age, sat around holding Jumbo draft beer and talking as loud as they can and set respecting others' rights aside. I wandered what their conversations were about. "Should I stop walking and join them for a while? Why not...? I told myself in a subdued voice.

Shan Bubu's house is well known for its tasty food but with its greedy small amount, and very expensive. Young people come here and drink draft beer all day long. Why? Some of them say its because they don't have a job. Some of them answer in a funny way, they would say it's because of the expensive life that made them hopeless! What does that mean? And some say, "What do you expect us to do while all the electronic media are promoting only new beers and drinks time and again? You turn on the radio, you will hear "Cheers" and beer glasses clicking."

"This city is hopeless!" said one of the young men with a jumbo in its hand.

"What do you mean?" asked the guy next to him. The house is full of carnivorous people only eating beef.

"Look everywhere, the population is increasing, so many are migrating to cities from the country side, and beggars are observed everywhere"

"Why do you think is that?"

"I think it's because there are no other second cities in federal status. We need extra second federal cities which have opportunities in different ways and means! That would help reduce all this suffocation!"

These young men have something to tell the city. But why are they keeping it in a bar? People have to develop the culture of conversations outside bars and liquor stores; I wanted to tell them but something kept my mouth shutting.

"Look outside," he went on talking ; "liquid wastage over flowing from ditches to the roads and makes them stinking! This shows our poor sewerage disposal knowledge and organized methods of avoiding garbage!"

"So what do you think we should do about it?" said the other guy taking an observer status. He doesn't talk much but question and listen.

It's amazing. I don't understand why some of us complain about small mistakes and keep ourselves from devising the solution ignoring most of the greatest things done.

"You know what? I'm sick and tired of living in this city," said the talker.

"Where else do you want to live?" asked the observer.

"Europe if I'm lucky, but anywhere out of this city!"

At this point I left the room as had to leave and exclude myself from such shameful thoughts and dreams. Sure we have so many problems here. But home is always home so the saying goes, "One's own cottage is better than somebody else's palace." and I preferred keep walking to listening to their worthless talk advocating sense of betrayal and overseas servitude. I kept walking, walking rather!