The office of the National Crime Agency (U.K.);

We are writing to you to request his immediate release of Mr. Mdehanie Tesfamariam Berhe, as he currently finds himself unjustly detained under your authorities.

Mr. Medhanie Tesfamariam Berhe has spent over 18 months in a Palermo prison whilst his trial has been postponed four times, delaying hearings which might have set him free by now. The circumstances of his arrest and the charges brought against him have, by now, been demonstrated to be baseless and specious. Mr. Medhanie Tesfamariam Berhe is indeed not Mr. Medhanie Yehdego Mered, the man who is wanted by your jurisdiction for human smuggling, despite sharing the same first name. 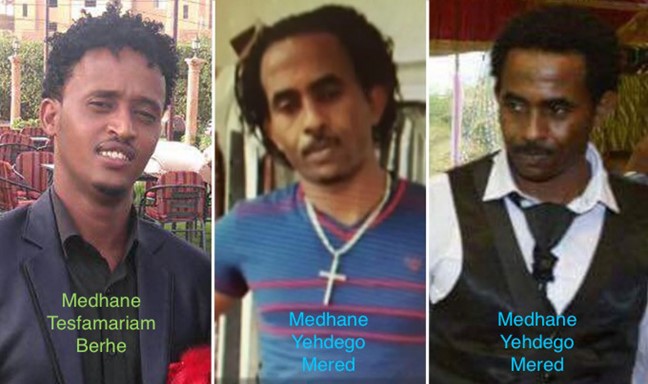 In fact, the first name is the only thing the victim has in common with the wanted smuggler, for ample evidence has been gathered, including voice analysis, DNA sampling, and a statement by the actual perpetrator's own wife that the Medhanie you have held in prison for 18 long months is not her husband, to prove the man in your custody is not the man your authorities have been hunting for. The documents at your disposal proving Mr. Berhe is indeed younger than the wanted man, photos showing their different physical appearance, witnesses and written testimonies placing them in different places at the same time (such as Mr. Berhe being in school in Eritrea while the smuggler was known to be active in Libya/Sudan by your investigative teams), and conclusive DNA evidence make it evident that Mr. Berhe is not the person you are looking for.

Prolonging his detention despite the evidence showing he is not the man you are looking for, making him stand trial forcing him to take the place of someone else and pretending the person sought is in the room is a grave miscarriage of justice.

We request that Mr. Medhanie Tesfamariam Berhe be released without delay and all charges brought against him be dropped immediately in recognition that he is not the man wanted by the prosecution. His arrest and 18 months-long detention are traumatic experiences for which he needs to be fully compensated.

The world has shone a spotlight on his case and all concerned have gathered around this innocent man to insist you have the wrong person. We demand his suffering continues no longer and that he be set free.

Prolonging a Miscarriage of Justice

'Not my husband': trafficking kingpin's wife claims wrong man is in Sicilian jail

A case of mistaken identity put the wrong man in jail. Now it highlights the failure of prosecutions to tackle a humanitarian disaster.