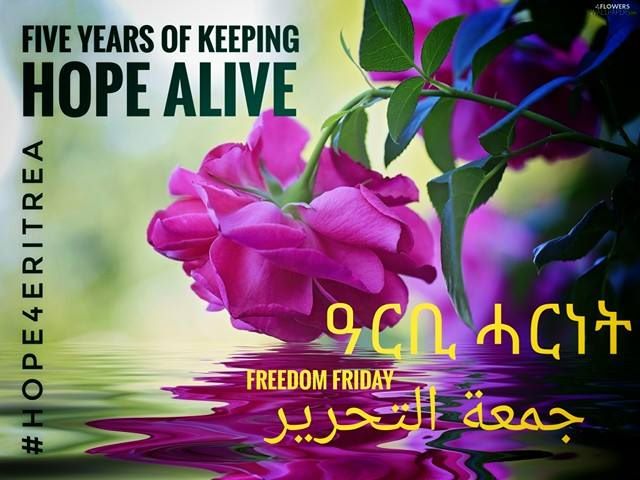 (Asmara 12/11/2016) Freedom Friday (Arbi Harnet) activists in Asmara confirm that many residents in the city and throughout the country have received messages of hope and solidarity that were sent via automated robocalls as the project marks 5 years of empowering the people of Eritrea inside the country.

The project has initiated various activities, over the last five years to support and empower activists inside the country to resist one of the world’s worst dictatorships accused of crimes against humanity by the UN Human Rights Council.

The most recent calls received by close to 10,000 telephone users, this weekend, outlined the strides made over the last five years and the need to renew commitment to fighting the dictatorship that is believed to be living its last days.

Marking their fifth anniversary since the inception of the project, coordinators have also announced that they have received financial assistance of around $50,000 for the coming year enabling them to implement a new radio program as well as carry on with existing projects like the regular robocalls and the news letter MakaleH Forto that is produced and distributed inside the country.

Activists inside the country are encouraged by the support they are receiving from their counterparts in the diaspora, which is helping them to build their capacity and confidence as they work to increase visibility of their Movement inside the county.