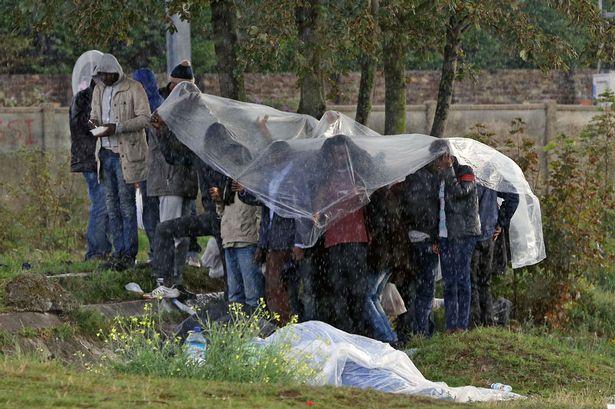 "Our people now in Calais are brave survivors, escaping Africa's most brutal regime - not illegal migrants," say a group of Eritrean human rights activists from across the European Union.

"The hundreds now trapped in appalling conditions around the French port should be given sympathetic treatment and have their rights be respected," said the group.

The dramatic scenes that unfolded when hundreds of mainly Eritrean men and women were forcefully restrained to prevent them from illegally boarding UK bound ferries,  underlines the need for the UK and the EU to consider policies that address the human rights violations in Eritrea that are forcing these young people out of their country.

Forced conscription and indefinite military service has driven our people to take desperate measures. The men and women now in Calais have faced armed border guards and minefields. They have crossed the Sahara and then the Mediterranean aboard rickety boats - journeys most of their compatriots haven’t survived. In October 2013 just one boat carrying hundreds of Eritreans caught fire and sunk off the coast of the Italian island of Lampedusa; 366 died in just one tragic accident.

In 2014 the International Organisation of migration estimates that 2000 people mainly, Syrians and Eritreans, perished during these risky crossings.

Speaking of the gravity of the situation in Eritrea the group of activists said "Europe must ask itself why such a small country producing such a large number of refugees when there isn’t an active war or any form of natural disaster. Gross human rights violations  are going unreported and ignored by the rest of the world, until these refugees land on our doorstep. Then they are seen only as a problem."

"Every last one of the refugees has a story of violation to tell and they deserve to be heard and recognised as refugees". Italy, Norway, Netherlands and Denmark have all raised concerns over the number of Eritrean refugees that are seeking asylum in their respective countries, but none are tackling the problem at source - in Eritrea.

We call on all European nations and the European Union to:

1. Bring pressure to bear on the Eritrean government to end its internal human rights abuses, which have been repeatedly chronicled by Amnesty International and Human Rights Watch.

3. Eritrean refugees who arrive at Europe's frontiers need assistance and care, not abuse and violence. They are survivors of a brutal regime and horrendous journeys and should be recognised as such.