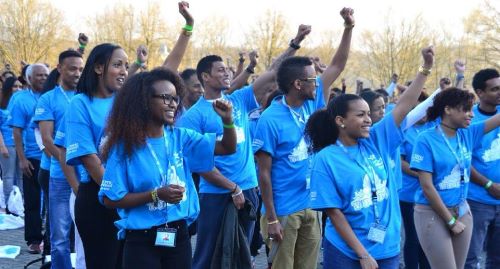 A number of politicians in The Hague are concerned about a conference for supporters of the Eritrean dictatorial regime that is planned for the Netherlands, NOS reports based on information from OneWorld.

The gathering will be the annual European conference for youth wing of the only party allowed in Eritrea. It is not yet clear when and where the conference will be held. But according to the broadcaster, it will be in the Netherlands and in the next couple of days. Around 650 people are expected to attend.

OneWorld has "strong indications" that one of the attendees will be the right hand man of Eritrean president Isaias Afwerki. He often attends this type of gathering, during which he informs people about how they can serve their country.

Some 20 thousand Eritreans live in the Netherlands. Last year people from Eritrea formed the second largest group of asylum seekers in our country. According to the UN, the Eritrean government violates human rights on a large scale.

A number of parliamentarians are concerned about this conference, wondering whether the presence of Afwerki's right hand man will constitute a treat to public order in the Netherlands, NOS reports. A number compared this situation to Turkish ministers who wanted to campaign in the Netherlands for a Turkish referendum a few weeks ago. The Dutch government denied them access to the country, resulting in a diplomatic fallout between the Netherlands and Turkey.