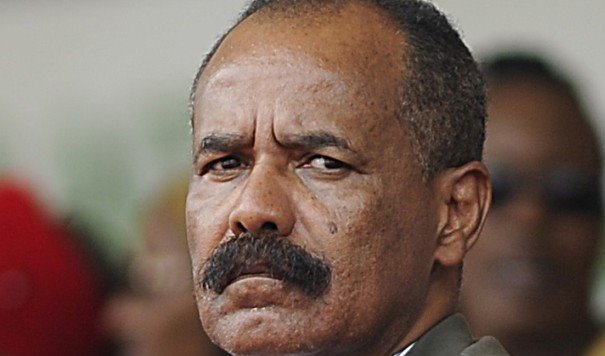 by Jeff Mwaura, This email address is being protected from spambots. You need JavaScript enabled to view it.

NAIROBI – Eritrean president Isaias Afewerki has not appeared in public since September 2, amid reports that he traveled to Uganda for medical treatment, prompting debate about his successor.

Afewerki, 70 who has been elected as president soon after the secretive African nation gained its independence from the neighboring Ethiopia in 1993, was seen looking frail before his mysterious disappearance.

A source at the Eritrean embassy in Nairobi told Alleastafrica that there is widespread confusion as to the fate of the president, even within the secretive ruling party People’s Front for Democracy and Justice.

Leader the one party state for over two decades, Mr Afewerki has been criticised for failing to implement democratic reforms. His government has clamped down on its critics and has closed the private press.

The uncertainty surrounding Afewerki’s health condition has fueled speculations that his health may be further deteriorating.

Just like its neighboring Ethiopia, It is not the first time that an African government has failed to confirm the illness or death of a leader in office, prompting periods of mysterious absence.