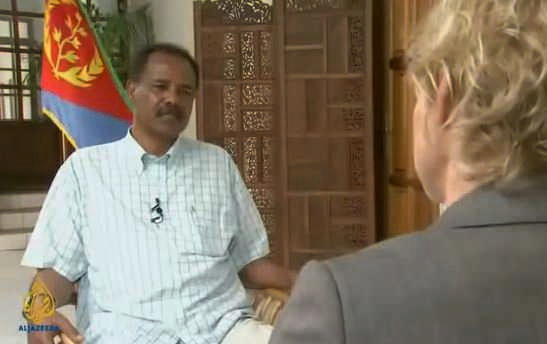 “I’m not bothered if people go there.

If they ask for asylum here or there, if they are looking for jobs in the United States, in Europe. Why, why would I bother about that?”

These are the words of Eritrea’s President Isaias Afewerki responding to the question “Why are people leaving the country?” A question put to him in an interview with al Jazeera’s Jane Dutton. His response pretty much sums up the government policy accurately.

The Lampedusa disaster of October 3rd, where a migrant boat carrying about 500 Eritreans sunk just off the island of Lampedusa (Italy) drowned about 360 of the Eritrean asylum seekers would-be. This event helped highlight the plight of Eritreans and the risks they are willing to take to leave their country. The Eritrean government still refuses to acknowledge they were refugees fleeing Eritrea being smuggled to Italy, and instead continues to call them “victims of Human Trafficking” The government has continued to emphasize that they are not genuine asylum seekers or refugees in every press release it has made to so far.

Now, a group of twenty-two Eritrean intellectuals living abroad and former students of Eritrea’s University of Asmara, have voiced their concern and called the government to “care”. They have made the letter they sent to Eritrean officials public (in Tigrinya language) and have asked people to also sign the petition at this website below:

The PDF version of the latter is located here.{jcomments off}