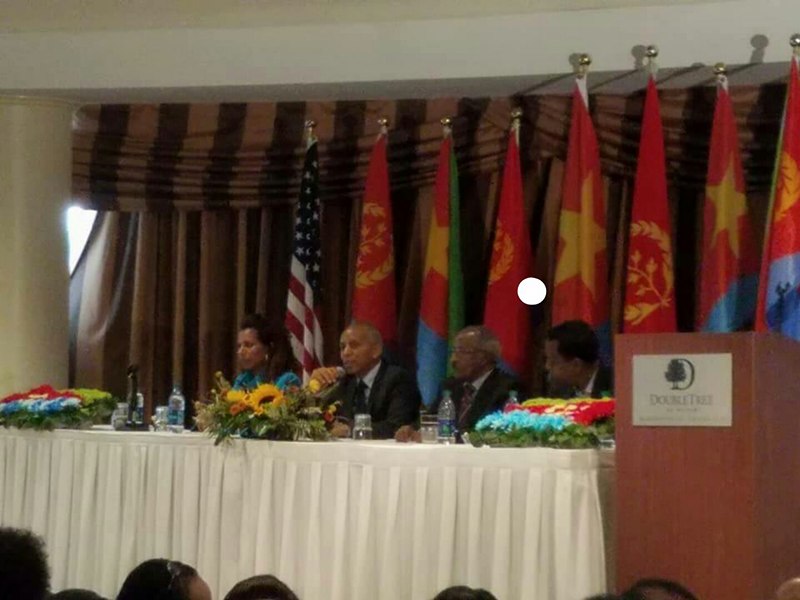 There are reports from the Double Tree hotel, DMV,  Arlington, that Yemane Gebreab, head of  PFDJ office might be detained by Arlington police.

Eritrean justice sickers in DMV had written warning letters, emails and faxes to the following agencies and departments:-

The atmosphere at the hotel is extremely tense, one person describing the situation said  "I was bit late but confirmed that he was taken. He was asked by Arlington police to leave the premises. We are not yet sure if he is arrested or taken away for security reasons", others are saying that he was definitely arrested.

The hotel had received hundreds, if not thousands of calls from justice seekers in the area and all over the world reminding the management  of the risks it was taking by hosting a notorious organization like PFDJ and it's leader Yemane Gebreab.

Here's  the copy of the letter:-

We, members of Eritrean American Community in DMV, are writing to bring to your attention a planned public meeting hosted by agents and representatives of the Eritrean government in the U.S. It will have Yemane Ghebreab as one of the featured guests and will be held at the Double Tree Hotel, Crystal City, in Arlington, Virginia on October 8, 2017.

Mr. Ghebreab is Eritrea’s Head of Political Affairs and Presidential Advisor. As you know, he has been on the list of individuals who pose an "unusual and extraordinary threat to the national security and foreign policy of the Unites States" as outlined in Executive Order 13536 and signed on April 12, 2010. However, we are dismayed by the fact that Mr. Ghebreab has been and continues to freely travel through the United Sates to conduct the repressive Eritrean government and its ruling party’s business throughout the United States including raising funds under the pretext of public seminars and community events.

In addition, Mr. Ghebreab is a highly controversial whose recent travels in Europe and elsewhere have been met by violent clashes and protests due to his prominent role in one of the most brutal and repressive regimes in modern history. As such he is a concern for public safety.

We are respectfully calling on your office to act now and put a stop to this open and outrageous violation of U.S. laws immediately. Please let us know if you need additional information as we are ready and available to cooperate with your office or other U.S. government offices on this matter.

We can be reached via e-mail This email address is being protected from spambots. You need JavaScript enabled to view it..

Links to some news articles are listed below for you want to learn more about recent issues surrounding Mr. Ghebreab’s activities.