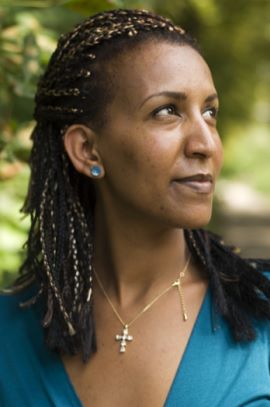 A FORMER Eritrean torture victim Helen Berhane last night added her voice to mounting international pressure on the EU to withhold a proposed €122 million development aid package to Eritrea, one of the world’s 10 poorest countries.

Providing a rare insider’s account of conditions within Eritrea, where the government exercises total control of the media, Ms Berhane questioned the wisdom of the EU’s diplomatic approach to Eritrea, granting aid with few or no conditions attached, and without accountability or monitoring structures in place.

The Eritrean diaspora’s newspapers, other governments and international non-government organisations are likewise expressing concern about the EU aid, and protesting at Eritrean president Isaias Afwerki’s behaviour towards both the international community and his own people.

Last week Mr Afwerki defied international opinion by welcoming the Sudanese president Omar Al Bashir to his Horn of Africa state, just three weeks after an international arrest warrant was issued on Mr Al Bashir by the International Criminal Court in The Hague for crimes against humanity. Mr Al Bashir’s one-day visit to Eritrea came on the day that the EU’s European Development Fund (EDF) committee were to discuss the Eritrean aid package. That discussion was postponed, the EDF said in a statement, for “technical reasons”.

Given Mr Afwerki’s defiance of the international community, Eritrea’s poor human rights record, and the policy of self-sufficiency pursued by the Eritrean government – which has seen a marked deterioration in living conditions in the country and resulted in thousands of Eritreans pouring across its borders in search of food and shelter – the aid has come under wide criticism with claims that the aid is not getting to the people, and is sending the wrong signals to the Afwerki administration.

Eritrea has been ranked by Reporters Without Borders, the international human rights media watchdog, as the worst nation in the world, ahead of North Korea, for press freedom. While stopping short of branding Eritrea a rogue nation, the US has shown signs of deep concern about the country’s role in proxy wars in neighbouring countries. The US ambassador to the UN just this week lodged a formal complaint protesting at the proposal to offer aid.

President of the nation’s interim, single-party government since independence from Ethiopia in 1991, Mr Afwerki’s legislation against independent political, journalistic or religious activities since 2002 has resulted in an estimated 20,000 civilians, among them politicians, journalists and church leaders, being arbitrarily detained and imprisoned without recourse to legal process. Many continue to be tortured by bondage, beatings, heat exposure, solitary confinement, denied medical treatment, and incarcerated in over-crowded shipping containers in the Eritrean desert, leading in some instances to death or insanity.

The EDF was due to meet yesterday to discuss the aid package.

This article appears in the print edition of the Irish Times