The SAWA Defence Training Centre is a military academy in the Gash-Barka region of Eritrea which has played a prickly role in the lives of young Eritreans.  It does not project peace but just the opposite.  SAWA is the place where the Eritrean Defence Forces (EDF) recruits and national service conscripts are sent for basic military training.

Once the youth are sent to SAWA they remain stuck in National Service indefinitely – the main reason why young Eritreans have been escaping from Eritrea for the last two decades. Paradoxically, the majority of young Eritreans who have sought reguge in Ethiopia are ‘SAWA graduates’. 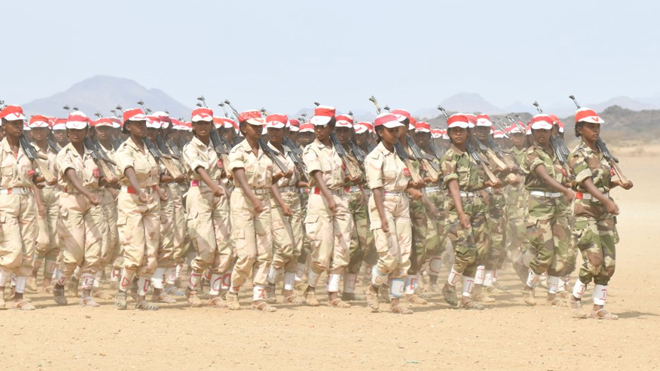 Eritreans and Ethiopians are baffled and alarmed by Ethiopia’s precipitous realignment of political structure with its irritable northern neighbour.

Major international agencies such as Human Rights Watch and Amnesty International have been reporting the negative role SAWA has been playing in the lives of young recruits.  So why would PM Abiy visit SAWA during his brief visit to Eritrea over the weekend?

The delegation also inspected, during their stop-over at Sawa Airport, graduation-parade rehearsals of the 33rd Round of the National Service. Prime Minister Dr. Abiy Ahmed and his delegation departed home in the later afternoon hours today after a two-day fruitful working visit pic.twitter.com/uBDojsc5Aj

It is to be remembered that Abiy won the 2019 Nobel Peace Prize for leading efforts to normalize Ethiopia and Eritrea’s ties and for making regional peace a priority.  In the process of normalizing ties with Eritrea he let go of Ethiopia’s domestic matters which are rocking his government at the moment.

This is the first time the controversial PM has visited SAWA since his dubious rapprochement started in 2018.  Considering the unrest that is ravaging Ethiopia at the moment, the PM travelled to Eritrea which took many observers by surprise.

It has become apparent, according to experts from the region, the main objective of President Isaias Afwerki and PM Abiy Ahmed is to contain Tigray, the powerhouse in north Ethiopia whose border with Eritrea is approximately 500 km long. 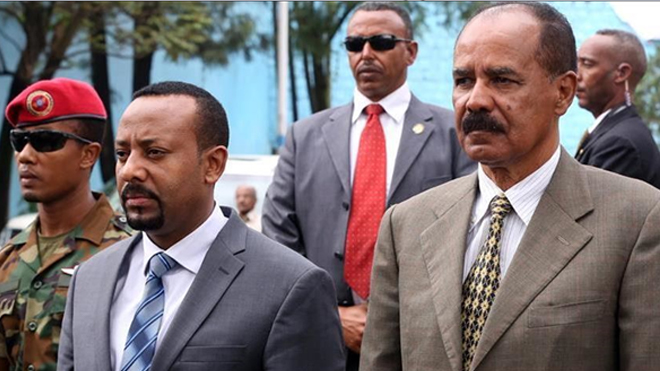 On Ethiopia’s part, friction between the various ethnic groups has escalated since PM Abiy came to power. Human rights abuses have sharply increased; leaders of opposition groups have been taken in; and the ‘talk but no action’ premier, as referred to by his critics, has opened the country’s Pandora’s box.

President Isaias has yet to introduce basic reforms in Eritrea.  The reforms PM introduced in 2018 were unthinkable then. What about now? The sharp and dangerous turns Ethiopia has taken in its domestic politics on the PM’s watch are equally unthinkable.

The two leaders have been visiting each other time after time since the 2018 peace accord; all conducted under the cover of ‘to confer on bilateral and regional issues’. The public does not have a clue as to what is being discussed during those meetings.