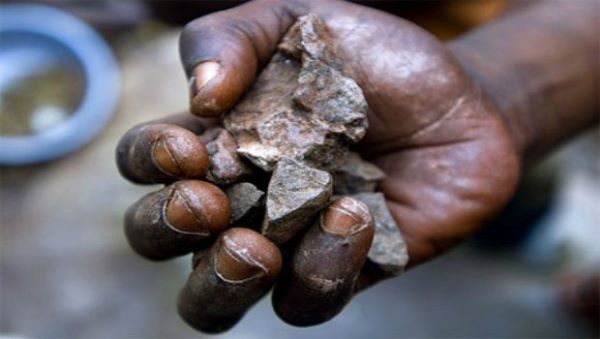 Late last month three Eritrean men filed a lawsuit in a Vancouver court against Nevsun Resources Limited. The lawsuit stemmed from allegations that Nevsun, a Canadian mining company, had used slave labor at its Bisha property, an industrial metal mine located in central Eritrea through its local contractor, the Segen construction company.

According to a press release by the Canadian Centre for International Justice, a Vancouver-based not-for-profit focused on international justice that is involved in the case, the work conditions were deplorable.

“Conscripts were forcibly confined to the Bisha area, subjected to grueling workdays and threatened with severe punishment if they left without authorization. They were made to survive on meager rations and housed in deplorable conditions, the claim says, and all lived under a climate of constant fear and intimidation,” the release said.

The reason that this lawsuit takes place in Canada rather than Eritrea is largely due to a lack of judicial independence that is all-too-common throughout the developing world.

Such changes in venue are important because, often times in such situations, the corporation that has committed such atrocities is in league with the government or, as is the case of Segen, owned directly by the country’s leadership. This leads to difficulty seeking justice in local court systems that often struggle for independence from the other branches or governing party.

Eritrea is representative in the frustrating lack of judicial independence in too many human-rights-violating states.

In one example, in 2001, when the country’s Chief Justice criticized the government for undue interference in the judicial branch, he was promptly fired. This situation is more than anecdotal, with Amnesty International frustratingly detailing “no independent judiciary” within the country.

Needless to say, this would make it near impossible for those victimized by Segen to seek justice in Eritrean Courts.

This law, originally passed in 1789, has led to several famous (or infamous) lawsuits since 1980. These included actions for human rights violations by corporations in diverse industries and diverse locations, including those that “built gas pipelines in Indonesia, drilled oil wells in Nigeria, bottled soft drinks in Colombia, dug mines in Papua New Guinea, and sold bulldozers to the Israeli army.”

Unfortunately for advocates, a recent decision by the United States Supreme Court and similar cases from other federal courts have fundamentally changed the way corporations are held accountable.

This combination, an inability to use domestic courts due to a lack of independence and the ever shrinking application of the Alien Torts Statute, has led, in part, to an increased interest in international human rights litigation in Canada.

The Eritrean case against Nevsun is not the only such case currently ongoing in Canadian courts.

According to a report by The Guardian, the first such case is a recent action against Hudbay Minerals, another Canadian mining firm, by a group of individuals who allege that human rights violations were committed at the company’s mine in Guatemala.

While Hudbay has said the claims are without merit, Renu Mandhane, the director of the International Human Rights programme at University of Toronto’s Faculty of Law, says that if the Guatemalans succeed in their claim, a precedent could be set.

Such a precedent would be worrisome for Nevsun.

There are significant critics of such a developed-world litigation approach to human rights enforcement. After the US Supreme Court significantly limited the application of the Alien Tort Statute, University of Chicago Law Professor Eric Posner bid it good riddance, saying “The Supreme Court got rid of a popular but unworkable idea that U.S. courts can be used to police behavior around the world.”

Kiobel v. Royal Dutch Shell, the case that the Supreme Court ultimately determined was improper for US Courts, was a suit by Nigerian citizens for human rights violations in Nigeria by a Nigerian corporation and its British and Dutch “corporate parents.” This, according to both Posner and the Supreme Court, was too far removed from American soil to allow American courts to play global policeman.

While Kiobel has limited the application of the Alien Tort Statute, litigation in Canada is a new window for those seeking justice. While litigants in America often struggled to find anything greater than a tenuous connection to American jurisdiction, Canada is a world leader in mining.

Should the Courts accept the claims of Eritreans who were enslaved and tormented at the Bisha mine, the future is bright for human rights litigators across Canada. This fills an important hole left by failed domestic courts throughout much of the developing world and the American Supreme Court in the wake of Kiobel.

Andrew Friedman is a human rights attorney and consultant who works and writes on legal reform and constitutional law with an emphasis on Africa. He can be reached via email at This email address is being protected from spambots. You need JavaScript enabled to view it. or via twitter @AndrewBFriedman.