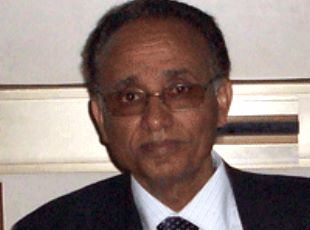 The international community is on the verge of meting out a collective punishment on the Eritrean political and military leadership. The proposed UN sanctions will be the harshest ever imposed on an African nation in recent memory. The Eritrean government says it is not concerned. Michael Abraha spoke to Woldeyesus Ammar, Chairman of the Joint Committee of three merging parties – the Eritrean Democratic Movement, Eritrean Democratic Party and the Eritrean People’s Party. Michael first asked him if it was time for President Isaias and his regime to be worried about their future.

Woldeyesus Ammar: Yes, I believe it is indeed time for Isaias and his henchmen to be extremely worried about their future. I think they already know the all-round gloomy days ahead of them. As stated in your question, the proposed UN sanctions are pointedly intended to target the core political and military/security establishments of the repressive Eritrean regime. This time, the UN Security Council is not talking of general sanctions which it cannot impose without adversely affecting the people. The talk now is about selected sanctions, and Isaias knows the veto powers can finally agree to impose targeted sanctions whose effect can eventually dislodge him from power. Therefore, the very bluffing of Isaias and his parrots of not being “concerned” about selective sanctions says a lot about their deeply felt fear of an “action” that Hilary Clinton voiced last August and what the UN Security Council is drafting now. This is about the ban of sales of weapons into and out of Eritrea; of freezing funds, and restriction of travel to Eritrean political and military leaderships. These selected measures can seriously harm the survival of the petty dictatorship in Eritrea.

In other words, what the Asmara regime by now clearly knows is that it is not only the majority of the Eritrean people who are against it but the entire region, and most of the sane world. As we know, the Inter-Governmental Authority for Development (IGAD) and the African Union have already approved action against that regime. As a last resort, it is natural for the international community to respond to this regional call through the muscular hand of the UN Security Council before it gets late for millions of people who dwell in the Horn region. In short, let me reiterate that Isaias is very much worried now than ever before.

Q: The proposed sanctions pursuant to Chapter Seven of the UN Charter are believed to be a peaceable means of effecting change in the behavior of the Eritrean leaders. Tell us more about this Chapter and whether it will have the desired effect in view of other past experiences.

A: Chapter 7 of the UN Charter is not simply about peaceful means of effecting change. It is about taking firm action to stop any threat to regional and international peace and security. By Chapter 7of the Charter, the UN Security Council is mandated “to determine the existence of any threat to the peace, the breach of the peace, or act of aggression”. The Council thus can take military or non-military action to “restore international peace and security”. A Security Council decision like sanctions requires the backing of force - at least the threat of force. The sanctions in Iraq were backed by Chapter 7 of the UN Charter. The threat of force, and frequent use of it, was always there. One must understand that the UN Security Council is getting as angry as the affected Eritrean people. It was only last January that the Council demanded the Eritrean regime to withdraw within five weeks from a territory disputed with Djibouti. To this day, the Isaias regime has refused to respond.

The targeted sanctions have to see to it that the innocent citizens in Eritrea are not affected. To ensure this, the Security Council is required to demand that the Asmara regime allows free flow of humanitarian assistance through UN and other channels. A good example for this is, again Iraq, where the UN humanitarian intervention was backed by the provisions of Chapter 7. I believe the UN can this time find it easy to handle the Eritrean regime. The US force of not less than 1,200 in Djibouti together with the French contingent in that country may be sufficient to do the job of guaranteeing the safely of humanitarian intervention in Eritrea.

Q: The Eritrean regime has not yet shown any sympathy with the millions of innocent people suffering in Darfur and Somalia. The same could be said about its attitude toward its own citizens. What should sanctions mean to Eritreans at large?

A: No one should expect the inhuman regime in Asmara to be sympathetic with any people, including Eritreans. Isaias would care less if sanctions asphyxiate the Eritrean people. I think we have already talked about Eritreans being already under terrible self-imposed sanctions because of closed frontiers with neighboring peoples and countries. Sanctions are always harmful to the innocent people, no doubt about that. But in our case, people are under the worst economic hardship and the country is already being depleted of the remaining population. One would say that making “official” the self-imposed sanctions could in fact prove to be a blessing in disguise. In the event of a UN move to impose any kind of sanctions, the international humanitarian organizations that know the bad effect of sanctions are expected to make a strong demand for UN-backed humanitarian intervention that I mentioned earlier. This kind of intervention would allow UN agencies like the World Food Program (WFP), which are not presently allowed free movement in Eritrea, to work in the country. Therefore, sanctions under Chapter 7, with a humanitarian package to guarantee the very livelihood of the famished population could be the best answer possible under the prevailing appalling situation in our country. Otherwise, imposing sanctions without a humanitarian package is harmful to the innocent citizens.

Q: There are fears that in retaliation against sanctions, the regime will become even more brutal in the treatment of its people. Are things going to get worse before they get better?

A: The Isaias regime is already brutal. It cannot be more brutal than what it is now. However, the suffering of the people will increase if the UN Security Council simply goes ahead with its sanctions without a serious thought to humanitarian intervention with the backing of Chapter 7. They need to do this. Otherwise, the hardship will not be bearable.

Q: Already the government has refused to cooperate in letting the UN distribute food to hungry people in the country. What measures should be taken to attenuate the crisis in which about two thirds of the population is said to be malnourished.

A: As you mentioned, over two-thirds of Eritreans are not well fed. The WFP considers an area as emergency case if malnutrition affects up to 15% of the children. In vast parts of Eritrea, well over 20% of young children suffer of acute malnutrition. Yet no one in PFDJ’s Eritrea talks of Emergency Situation. Not even the UN bodies! The reality is that the entire nation is under an emergency situation in every aspect of life. WFP is not allowed to go around and find out what is happening in the country nutrition-wise, hunger-wise. I should say the crises will not be over as long as the regime continues in power. But the food crisis can be assuaged by international intervention.

Q: Was this topic raised at the recent Brussels Conference on Eritrea?

A: Yes, the Brussels Conference discussed Eritrea’s economic, political and social crises in great detail. In fact, every speaker started with describing the appalling situation in one’s own strong terms possible. On top of the political repression and gross human rights violations in Eritrea, the economic hardship is of grave concern. Many speakers appealed for emergency relief assistance at global level both for Eritreans inside the homeland as well as those fleeting to the neighboring countries. The conference was informed that Eritrea is the second largest refugee producer, per capita, in the world with over 63,000 registered refugees who left the country in 2008 alone. One wonders what will become of Eritrea with the increasing scale of exodus of its young people fleeing from the regime and the hardship it caused them. On my part, I asked for increased attention to the thousands of young Eritrean refugees in the Horn of Africa as regards their education and skill upgrading so that this reserve force can be part of the human resources needed in re-building post-dictatorship Eritrea. This can be done by rechanneling to refugees donations that were suspended from reaching the repressive regime in Asmara. The other measure discussed at the Conference was a call for ‘smart’ sanctions that target only the regime and guarantees that humanitarian supplies reach the people inside the country. At the end of the conference, Eritrean participants were exchanging notes with friends of Eritrea at the Conference and even aired out the idea of establishing a global NGO that would come to the support of our suffering people, including the hundreds of thousands of Eritrean refugees. Some amongst us even attempted to give a name to the future project by calling it ‘Eritrean Recovery Fund’. And why not; if we work together, we can make it happen!!

Q: What in your opinion makes the Brussels Conference any different from other related events in the past?

A: The Brussels Conference was indeed unique in many aspects. First, it succeeded to bring the United States and the European Union under one ceiling to listen to witnesses of the situation in Eritrea and then do something in a coordinated manner to help change it. Secondly, it came out with a recommendation no other conference on Eritrea ever dared say it. It read as follows: “The Conference made the recommendation that civil society and non-state actors should be strengthened and support of the strengthening of political parties should be provided, together with the development of a scenario for a transition towards democracy”. This was a conference attended by senior representatives of the US State Department and the European Commission. Yet it was able to touch an untouchable area – the supremacy of the State - and give due consideration to non-state actors like opposition political parties/organizations and civil society members as deserving the political and material support of the powers of the day – the EU and US. This is a giant step forward to the Eritrean Diaspora which should now take up the challenge to realize the recommendation.

A: My last words for today should include a call to Eritreans to stop petty squabbles and organize themselves for action.