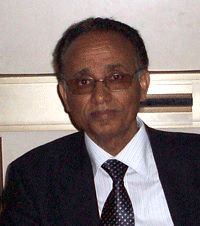 Q: Why has the EU decided in favor of sending $160-million aid to Eritrea without condition despite widespread opposition from many quarters including the Eritrean civic and political opposition, the US government, and several human rights groups?

A:        It was with intense shock and outrage that many Eritreans inside the homeland and abroad received the news of  EU’s final  decision on granting aid to the repressive regime in Asmara without any pre-condition for respect of human rights, democracy, rule of law  and the other the key stipulations of the Cotonou Agreement.  The justifications given by EU, which do not hold water, include their wish to keep a window of opportunity for dialogue with this callous regime to continue begging it to change. The EU knows well that it is taking a wrong action but erroneously thinks it may be helping in a small way to check the Eritrean and regional situation from worsening further.

Q: What message is the EU sending to the Eritrean people and their government which is widely recognized as the worst violator of human and democratic rights in Africa?

A: By approving this grant over which it has no effective control except the usual false pledges of the concerned regime, the EU is doing nothing but expressing disrespect to the wishes and aspirations of our people who are yearning for change and democratization.

Q: Why does the EU think quiet diplomacy would work for Eritrea and not for Zimbabwe?

A: Quiet diplomacy has not worked in Eritrea for many years now and will never work. No single European country has direct interest in Eritrea as a few EU members have in Zimbabwe. For this reason, EU shows some care for Zimbabweans and literally nothing for Eritreans.  What appear to be mattering to the EU are imagined European interests and not the interests of Eritreans and others in similar bad situation.

Q: There was, doubtless, a massive drive especially from the Eritrean Diaspora and global human rights bodies questioning the wisdom of giving unconditional aid to the Eritrean government, albeit without success.  Was the effort worth it? Could the campaign have been waged in a better way?

A:  We in the Eritrean People’s Party have taken part in the massive diplomatic and media campaign to stop the EU grant. We faxed a strong memorandum to the European Commission Presidency on 6 September 2008.  Again on 27 March 2009, we and the Eritrean Democratic Party sent a joint delegation with another memorandum to Brussels protesting against the plan. The campaign was worth it because it has put on the limelight that the regime in Asmara does not deserve assistance. Such action can only give it unwarranted lease of life.