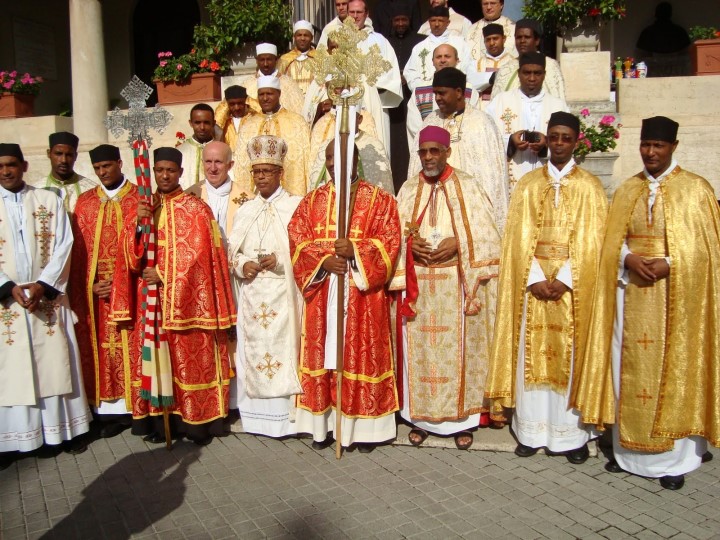 The Catholic Church and the Government in Eritrea

The letter was citing the proclamation of 1995, in which, at that time, the provisional government of Eritrea declared that all the social activities (private schools, clinics, orphanages, etc.) must be done only by the government. The churches must confine themselves on doing spiritual duties to their own faithful. At that time the Catholic Church expressed itself on saying, “This is against their own mission and that cannot be accepted.”

The government of Eritrea tried to implement this proclamation three times in the past and this is the fourth time: in 1998, 2007, 2011. Always the church raised its voice to defend the right to run any social service activities. Nothing happened until now, but now it seems that things are going further, so the government imprisoned the sister working at the pastoral office in Asmara, a Combonian, Sr. Tinsae and the administrator of the school, Abba Haile Paulos, a diocesan priest (he volunteered to be imprisoned in replacement of Sr. Tsigewoini, the director of the school).

Since all 4 Catholic bishops were outside the country, the heads of the religious congregations (orders) gathered together to discuss the matter. They agreed not to give up and resist as in the past. They thought the government was doing the same acts as it did with the Orthodox’ school of Enda-Mariam and the Moslem’s school of Akhria. But lately, it came to be known that the cabinet of the ministers had had a meeting two months ago and discussed about education and healthcare. Information from anonymous sources was reported that the government discussed much about the Catholic Schools and Clinics. Then the government decided to implement the proclamation of 1995 at any cost.

The government doesn’t allow any religious general superior to get in Eritrea for normal business of meetings, aggiornamento and visit with affiliate congregations or orders. The government is controlling all the movement of the Catholic Church; it does not allow the church  to work properly in its social service activities.