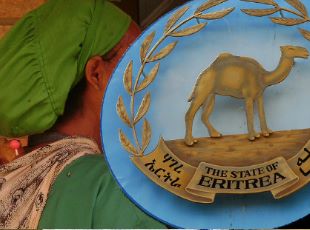 Since last month the government of Eritrea is preoccupied in advertising and facilitating the exportation of poor women to Kuwait for exchange of hard currency. The scheme is designed to raise hard currency to the government by sending the poor women who are suffering from extreme poverty as the result of the government policy to work in Kuwait as cleaners- exploiting them for being poor. Under this scheme the poor women enter contractual agreement for a period of two years with a Kuwaiti company to work as cleaners and will be paid monthly salary of USD 173. The criteria to get permission to make the contractual agreement deal are:

Given the miserable living conditions the women are experiencing and the level of poverty prevalence in the country, large numbers of women are going to Kuwait to work, leaving their children behind without thorough assessments of the social and economic problems that lie ahead of them. It is known that the gulf countries have poor records of foreign workers abuses. The implications are that as the men are absent from the families, tied up in the national service, the children are being left parentless, becoming orphans while their parents are still alive. This will create social crisis in the country. Also as there are no or little economic gains that would accrue to the families of the working women because it is likely that larger part of their salary will be used to cover the costs of the food, the women would be left only with small part of their salaries which becomes nothing when exchanged at the official exchange rate, putting them overall on the loser side. The only beneficiary from this scheme is the government because it is getting the much needed hard currency from the poverty it has created in the first place.