So reads the advertising on http://travel.mapsofworld.com/eritrea/christmas-in-eritrea.html 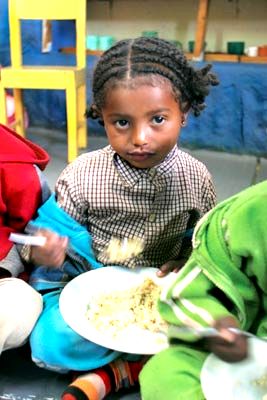 But who, in today’s Eritrea, can afford ‘pomp’? A tiny minority. And who has enough ‘joy’ remaining after suffering from starvation, enforced military conscription, imprisonment without trial and rape, to name only a few of the evils that overwhelm the majority of Eritreans today? How many Eritreans alive on Christmas day will still be alive by Leddet Christmas? How important is a religious festival in a country of religious intolerance where many religious leaders have been incarcerated and executed?

“Christmas in Eritrea” continues the advertising, “involves partying, exchange of gifts, cards as well as celebration with family and friends.”

Really? I am certain many of Isaiais Afewerki’s cronies will hold lavish parties for the dictatorial elite, and many gifts will be bought with blood money, the money of corruption, money misappropriated from funds intended for other purposes, or seized from honest businesses which are no longer allowed to operate so that these party-goers can fill their coffers while the honest businessmen end up filling coffins. I am far less certain that the average Eritrean, who has barely enough sorghum to make it through the day, will be living it up when living at all with the bare minimum has become a luxury.

“Prior to Christmas,” the advertising insists, “people go shopping for clothes, gifts and a whole lot of decorations to bring sparkle and light to their homes.”

Yes, but which people? Not the ordinary Eritrean.

“Besides this, they also purchase a sheep or a goat, which is slaughtered as a mark of sacrifice.”

The biggest sacrifice, the biggest slaughter, is by the people and of the people. Eritreans trying to leave a country impossible to live in are being slaughtered at the borders, cut down with bullets and left to rot where they fall. In the meantime, readers of this kind of advertising are led like sheep to believe that all is well in a very rotten state.

“The best part about Christmas in Eritrea is that the families get together and have a sumptuous lunch.”

Yes, Christmas is about family. And the Eritrean government is about terror, and the sustaining of terror through the imprisonment of family, and the charging of payable fines to other members of a family should one of its members be considered to have ‘transgressed’. If we can’t get you, is the message, we’ll get to you through your mother of father, your son or daughter.

The word ‘sumptuous’ is especially obscene in the context of a country whose inability to feed the majority of its population is well-documented. The average Briton eats up to 6,000 calories on Christmas Day, up to four times what is needed. The average Eritrean’s total is probably nearer 600, about a third of what a person needs to survive without malnutrition.

“After lunch, families sit around and enjoy a warm cup of coffee…along with popcorn and Panettone … It is a time when families laugh and enjoy these memorable moments together.”

Most families are split apart. Most memories in today’s Eritrea’s are traumatic.

But the advertising, which like everything else has to toe the government line, is relentless:

“Most families watch television during Christmas. There are special programs broadcast on the television channels of Eritrea on this holiday.”

All programmes are made by and for the government. The news is censored. The truth about living conditions is never mentioned, nor the lie that bolsters the politics of a national security which is used to justify every draconian measure, the myth of an ongoing border war, or the possibility of such, with Ethiopia, and the arming of Somalia to ferment trouble, these things are never mentioned. The news is reported by those Eritrean journalists who have not been imprisoned or executed, whose newspapers have not been closed because they report truth instead of propaganda. Foreign journalists are banned.

“So, if you are planning for a tour to the land…”

And you happen to be a member of an NGO or the government of another country making inquiries about the labour camps, the living conditions of prisoners, or any other human rights issue…forget about it; you will not be allowed entry. Armed soldiers will turn you back.

“Christmas in Eritrea is one of the festivals which is enjoyed by all.”

An end to oppression; an end to imprisonment for imaginary crimes; the freedom to leave the country; the freedom to write the truth in newspapers and speak it on the radio and show it on television; the freedom to study for a better future in a restored university rather than waste one’s youth half-starved in an army training to fight an imaginary foe; the freedom to sit at home surrounded by ALL your family, with plenty to eat, with work to return to, with a future that is not uncertain and masked with fear; the freedom to pray to any divine being to worship in any way one wishes - everything, in fact, that Eritrea does not have.

More than anything, I hope that, unlike this year’s Christmas, Christmas in Eritrea 2010 will be more like the fantasy celebrated in the advertising; that it will, in fact, be a time of giving and sharing - and tolerance.

Have a Merry Christmas and a Happy New Year.