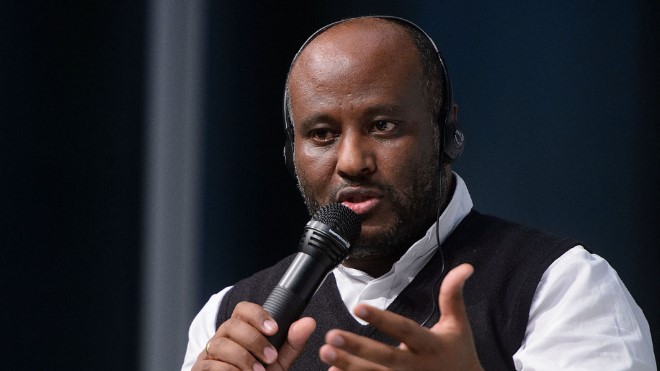 “It is like amputating one of the Church’s arms” says Catholic priest, in response to the forced occupation and closure of Catholic-run health facilities by the Eritrean military.

“The purpose of the brutal actions of the Eritrean government was to divest the Church of all services in the areas of education and health. Our work is to be restricted only to our places of worship,” the Catholic priest Mussie Zerai explained to the international Catholic pastoral charity Aid to the Church in Need (ACN).

Father Zerai lives in Rome and coordinates the pastoral work for Eritrea and communities in Europe. Which are on the rise: thousands of people are leaving their homeland each year.

Their numbers may grow even larger now after the brutal actions carried out by the government of the northeast African country against Christian facilities: in mid-June, the Eritrean military forcibly occupied and closed 21 hospitals and medical facilities run by the Church. The patients were more or less thrown out of their beds. The military smashed windows and doors and pressured the staff, Father Zerai said. He reported that the director of a hospital in northern Eritrea, a Franciscan sister, was even arrested when she resisted the closure.

Even more than the Church, those in need are suffering

“There is no justification for the actions of the regime. It punishes those who are taking care of the poorest of the poor,” Father Zerai said. As the priest pointed out, the more than 200,000 people who receive treatment year after year at health care facilities run by the Church will suffer far more from this than the Church staff. “Most of the patients weren’t Catholics, but Orthodox Christians, Muslims, and members of other religions. The facilities are often located in remote areas,” the priest explained.

The course of action taken by the government is nothing new. Eight health care centres were already closed last year, Father Zerai pointed out, but what is new is the level of brutality. The reasons for this are unclear. Observers from outside of the country have suggested that, in the eyes of the government of President Isaias Aferwerki, the Church has become too self-confident in its efforts to further the peace process with Ethiopia. They believe that the government wants to have sole control of the social sector and is basing its actions on a law passed in 1995. The situation is clear for Father Zerai: “The government is obsessed with having control over everything and everyone. It sees the Catholic Church as a threat because we are part of an international network and ask questions.”

All religions suffer from the atheistic leaning of the state

Eritrea has at most 120,000 to 160,000 Catholics. Half of its population is Christian. In addition to Roman Catholicism and Sunni Islam, the Orthodox and Lutheran churches are the only other religious denominations tolerated by the state. Unlike many other countries in North Africa, Islam is not the state religion in Eritrea. The country has a “strong atheistic leaning. If it were up to the government, religion would not exist. Essentially, it follows the same school of thought as China,” explained Father Zerai.

The priest is only able to speak freely because he lives outside of the country. He is no longer able to return to his homeland. The bishops in the country – there are four Catholic dioceses – are frequently pressured by the government. But this has not stopped them from vehemently protesting against the occupation of the hospitals. Meanwhile, thousands of Christians, but also Muslims, are sitting in Eritrean prisons, Father Zerai explained. “Often without even knowing why and their family members don’t know where they are or whether they are even still alive.”

The priest then explained that the situation is even worse for the members of the free churches that are not recognised by the state. The patriarch of the Orthodox Church has been under house arrest for 14 years. Five Orthodox monks were recently imprisoned – three of them over 70 years old. According to Father Zerai, it is impossible to carry out opposition efforts against these and other violations of human rights from inside the country. “Any form of opposition, even the slightest sign of it, is immediately nipped in the bud.” Thus, most of the reports of human rights violations in Eritrea are from refugees. International organisations are either refused entrance or it is made extremely difficult for them.

No constitution, no fundamental rights

“Young Eritreans are leaving the country in growing numbers because there is no rule of law,” Father Zerai explained. The country’s constitution still not been fully implemented. “This is why the people can just be picked up from their homes without reason. Military service has become legalised slavery. The possibility of a future is taken away from the young people,” Father Zerai said. All attempts of the international community to put pressure on Eritrea’s government in view of the human rights situation have failed. The country has largely isolated itself. “At the moment, the countries are trying to get Eritrea more involved on an international level in order to make it more open and democratic,” the priest said. In October 2018, the country was elected to the Human Rights Council by the General Assembly of the United Nations.

According to Father Zerai, similar to the overall human rights situation, the freedom of religion is severely restricted and at the mercy of capriciousness: “A few are permitted to freely practice their religion, but not all. Sometimes the cooperation works better, sometimes worse.” In spite of the current escalation, the priest is certain about one thing, “The Catholic Church will continue its pastoral work, but also its social work. After all, it says in the Bible: faith without works is dead. Taking away the ability of the Church to carry out charitable works is like amputating one of its arms.”

Since 2016 alone, the pontifical foundation Aid to the Church in Need has financially supported 44 projects in Eritrea with a total of about AUD $1.4 million. This includes aid to build chapels and church facilities, funding for stipends and vehicles to secure the mobility of priests and subsistence aid for religious sisters.