Vanessa Tsehaye is one of the most prominent human rights activists Eritrea has even known. Her exemplary campaign has shed light on human rights violations prevalent in Eritrea. She is creditable for organising numerous talks, meetings, demonstrations, collaborative work with other institutions and producing written material about her campaign.

She, as an activist, believes and works both as an individual and in collaboration with others, in order to promote and campaign for the basic rights of the unjustly incarcerated Eritrean journalists in general, and Seyoum Tsehaye, her beloved uncle who has been languishing in prison since 2001.

Through her long and arduous struggle, Vanessa has managed to bring out various human rights violations in the public domain.  And that is why she has become a principal candidate for Asmarino.com’s ‘Alewuna/Alewana’ programme.  She gained recognition and respect not only from Eritreans who live in various communities throughout the world but human rights institutions of numerous host nations as well.

Vanessa was only 16 when she started campaigning for Seyoum Tsehaye. That is when she came to realize there were many more stories like that of her uncle.  Being born and raised in Sweden; she grew up listening stories about Eritrea from her mother.  Overwhelmed by her uncle’s predicament she launched “One Day Seyoum” in 2013.

BBC Tigrinya has recently published an excellent story about Vanessa – her campaigns, her upbringing, her burning passion for people’s rights and her graduation from SOAS, one of London’s most valued institutes of higher education.

Vanessa Tsehaye started the “One Day Seyoum” campaign in order to promote the rights of Seyoum Tsehaye, her unjustly imprisoned uncle of 18 years, and of course, other prisoners of conscience for which Eritrea has become renowned.  Back in 2013, having noticed the campaigns that were being waged by Eritrean activists on behalf of the prisoners were intermittent and rather lukewarm, she decided to confront the problem head-on.

Since the day of its launch, the “One Day Seyoum” campaign has inspired many Eritreans and friends of Eritrea to closely pursue the skewed developments in Eritrea and the unjust incarcerations of many citizens.  Vanessa deserves credit for spreading information about her uncle, other victims of the injustice in Eritrean communities throughout the world, human rights organisations, colleges and various branches of numerous governments.

Seyoum, an ex-freedom fighter, is a 66 year old Eritrean journalist who has spent the last 18 years of his life in jail.  He was the former head of television and radio in the country.  He has a brother called Alem Tsehaye who happens to be the Eritrean ambassador to India.

Seyoum was a popular war photographer and freedom fighter who documented the fall of Massawa in 1990. He has two daughters –Abye and Beylul  - who live with their mother Saba in France. Saba was pregnant with Abye when government agents took Seyoum in on 18 Sep 2001.  Abye is studying medicine at the university of Paris-Sud now.

Seyoum’s crime was not a crime at all.  He wrote his personal opinion about the need to transition to democratic rule. Unfortunately, that sealed his fate.

What is next for Vanessa?

Vanessa has jumped over a hurdle in her life by completing her law degree.  She has also succeeded in highlighting Seyoum’s case to the world. 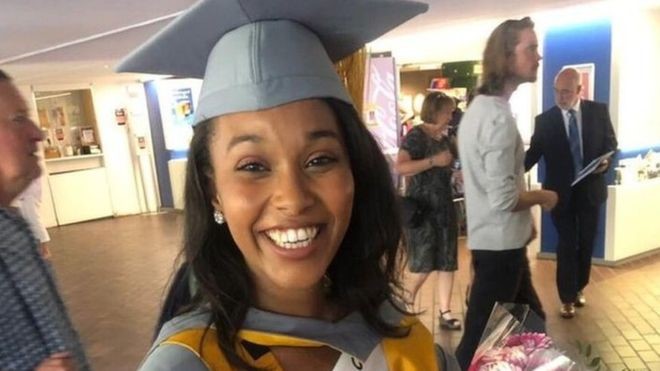 She will certainly continue to be an inspiration to many Eritreans and she will continue to speak out against injustice in Eritrea. As far as Seyoum is concerned, he should be proud of and remain reassured that Vanessa will remain on his side until the day he walks out of jail.

Asmarino.com is proud to nominate Vanessa as this year’s “Alewana” candidate.  We wish her success in her future endeavours!