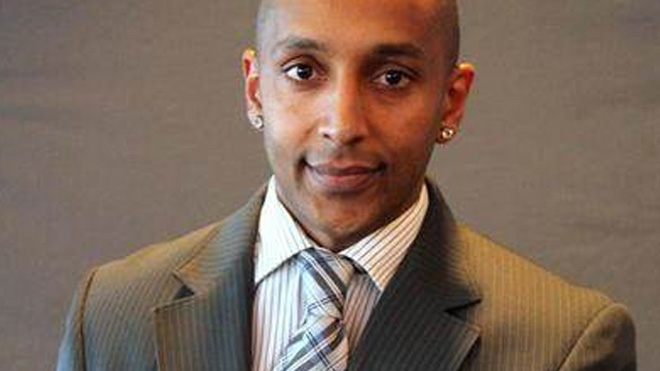 How does it feel to be co-opted and corrupted by the PFDJ? The simple and best answer is to look into the oddity of the Eritrean ‘grandee’  who lives in Canada and carries the name of Dr Fikrejesus Amahazion.

The good doctor is renowned for consorting with PFDJ and echoing Eritrea Profile, the government newspaper.  His other task is to hoodwink the international community by portraying Eritrea as if it is doing well and on a par with countries that respect human rights. And of course, criticizing government critics is included in his duties.

In one of his recent articles he heaved a damning verdict at the BBC (Tig service) for ‘misreporting’.  He started by stating it is not the first time that the BBC wrote 'problematic articles/made false claims' about Eritrea.

What are the 'problematic articles’ he is referring to?

The article is long and gives a feeling of déjà vu. It is full of the same old PFDJ narratives we have heard from Yemane Gebremeskel (propaganda minister), Yemane Gebreab (a demagogue) and of course, President Isaias Afwerki  rather dutifully and repeatedly. The article sounds like a mantra given to a trainee PFDJ writer when he/she is initiated.

To give you a taste of the contents of the article:

To shorten the author’s ‘post-mortem’, he based his argument on “the [BBC] article gave the impression that Eritrea triggered the conflict.”

The after-the-fact argument of ‘who started the war’ is like splitting hairs. Ethiopians and Eritreans paid a heavy price for the irresponsible management of the war from both ends. President Isaias’ two handwritten notes to the late PM Melles, outside the official norm of communication, do not cut the mustard.

After the Algiers Peace Accord which was signed on 12 December 2000, Eritrea, rather calculatingly, turned itself into a repressive regime in order to cover up its mismanagement of the war. The regime arrested those who proposed reforms, closed private media, and the quality of life in the country plummeted precipitously.  These are non-issues to the good doctor.

In short, it is not the war that decimated Eritrea’s economy but the overall mismanagement of the country by the unelected president of Eritrea and his clique who conjured up a siege mentality in order to preserve their illicit authority .  Again, this is a non-issue to the good doctor who hides behind ‘who triggered the conflict’ line of sterile reasoning.

If we are to interpret 'problematic', in PFDJ-language, it simply refers to ‘facts that are hard to swallow for the government’. In other words, criticism is viewed as something venomous, not constructive.  Such misconceptions have been on full display since Eritrea gained its independence. Freezing, demoting, side-lining, incarcerating critics are common practices in Eritrea.

So what is the good doctor talking about?

Here is a proposition for Dr Kiflejesus, the great pretender.  Can you ‘man-up’ and address the issue of the tens of thousands of Eritrean who are fleeing the country every year in this day and age?

What would happen to him if he would dare tell the truth? Simply stated, he will be thrown under the bus. That is the rule of thumb, so to speak, how the government puts the people under its thumb.

It is proper to quote Wole Soyinka, the great Nigerian writer, who said "the greatest threat to freedom is the absence of criticism."  We have known that the concept of criticism does not exist in both the psyche and dictionary of the PFDJ and its supporters.  Unfortunately, criticism can get one in serious trouble in Eritrea.

Why has Dr Fikrejesus ended up becoming the patron of the tyrannical government – a government that ignores the basic rights of Eritreans?  Why has he failed to be the moral voice of Eritreans like his fellow academics? Perhaps he has not examined the Eritrean case up close.  It could also be he is being driven by self-interest.  Or is it just a ruse designed to coax favors from the government?

Reflection and the mirror are important themes in modern psychology. They are central to our understanding of how we develop consciousness and a healthy sense of self. And criticism is at the center of that self-examination.

From Dr Kiflejesus’ writings one can conclude that he is not interested in real research, the truth, livid experiences of Eritreans, but mere regurgitation of his masters - literally, his writings echo Yemane Charlie’s blurbs, the Eritrea's Information Minister.

Again, his views are very much aligned with the folks back home; mirroring the image the regime is endeavouring to project.  He ignores the real story of Eritrea – stories that deal with lives and livelihoods – and projects the fake aspects of the country that the PFDJ wishes to project.

It does not pay off to serve evil dictators. But on the contrary, freeing up your soul from such bondage does pay off in the long run.