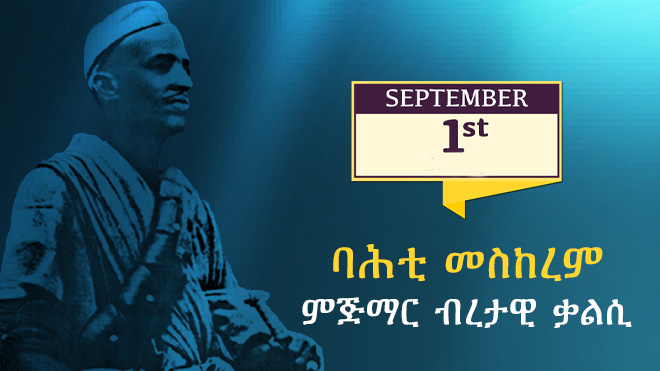 The founders, all Muslims, were committed to initiating an armed struggle for Eritrea’s liberation and were opposed to the slower-paced program of the already extant Eritrean Liberation Movement (ELM)—which included many Christian highlanders—for tactical, ideological, and personal reasons.

The Cairo-based leadership initially relied on the Beni Amer religious leader, Sayedna Mohamed Ibn Dawd Ibn Mustafa, to create a network within Eritrea that was specifically opposed to the ELM. In late 1960, Sayedna Mohamed laid the groundwork for the ELF and, in July 1961, urged Hamid Idris Awate to take up arms against Ethiopian rule. ELF organizers also recruited Eritrean members of the Sudan Defense Force, who joined Hamid Idris’s unit beginning in late 1961. By 1962, a core group of about 25 armed men was in the field

Hamid was born to the Hafara clan of Tigre-speaking agriculturalists, a people of Nilotic origin settled east of Tessenei and related to the Algheden, Bit Hama, Illit, and Sabderat but linked politically to the Beni Amer. Hamid’s mother was said to be Nara. Hamid joined the Italian colonial army as an ascari in the early 1930s, where he became literate in Italian. He deserted after the Italian defeat in the western lowlands in early 1941, and in 1942, he joined the shifta band of Ali “Mumtaz” (Ali Muhamed Idris) in cattle-raiding and border warfare between the Beni Amer and the Sudanese Hadendowa and the Wolqaiti of Tigray, as well as attacking the Kunama in Eritrea, for which he is remembered with deep bitterness by the descendants of those driven from their homes and communities. He surrendered to the British Administration in 1951 and retired to Geset to farm, where he became a community leader and poet.

In 1960, both the Eritrean Liberation Movement (ELM) and Idris Mohamed Adem were interested in Hamid Awate as a potential military leader. But it was Sayedna Mohamed Ibn Dawd Ibn Mustafa who actually met him in April 1961 near Geset and asked him to lead an Eritrean Liberation Front (ELF) cell and consider organizing a guerrilla force.

Hamid was interested in the proposal but told Sayedna Mohamed the ELF first needed a strong organization and modern arms. Nonetheless, Hamid went to Agordat and requested that the provincial administration supply him with arms to fight Wolqaiti cattle raiders. In August 1961, as the ELF and ELM were waging a propaganda battle against each other, the Eritrean police began to suspect him of antigovernment activities. A Tigrinya Christian friend of Hamid’s in police intelligence informed him of an impending raid on his home, and he gathered up his followers and fled to Mount Adal, between Agordat and Tessenei, where he was pursued by a police unit and involved in a gun battle on 1 September 1961.

Hamid Awate’s small band of 11 men armed with old Italian rifles grew during late 1961 to early 1962, as several Eritrean members of the Sudan Defense Force joined him, forming the core of what became the ELF army. But Hamid took ill and died near Haikota in June 1962. His remains were reburied at Haikota, where a statue was erected in his honor on 1 September 1994.

Asmarino.com remembers and honors all the ELF fighters who sacrificed their young lives during the armed struggle.