International Day of the Victims of Enforced Disappearances - 30 August

Today, 30 Aug, is the International Day of the Disappeared. It is a day to remember the fate of individuals imprisoned in places unknown to their relatives without legal representation.

Eritrea has its share of political prisoners whose whereabouts and conditions are unknown. Imprisonment under such secret circumstances is a grave violation of human rights.

Once again, family members of the unjustly jailed individuals are crying for justice on this day of remembrance of the disappeared.

Aster had played a leading role in the struggle for independence in the battlefields of Eritrea. Following liberation from Ethiopia in 1991, she became a government minister and entered Parliament believing the situation would be better for her country and its people. Unfortunately, post-liberation Eritrea strayed away from its path; hopes were dashed as the government became increasingly authoritarian.

In 2001 Aster and 14 other senior government officials published a letter calling for “peaceful and democratic dialogue … for the rule of law and for justice”.

For 18 years there has been no official word of Aster’s whereabouts. Her family have been given nothing but heartache and sorrow. Every day her 89-year old mother goes to Kidanemehret church to pray for the safe return of her beloved daughter. She knows that she cannot give up; she is unwearyingly waiting for Aster to come home one day. 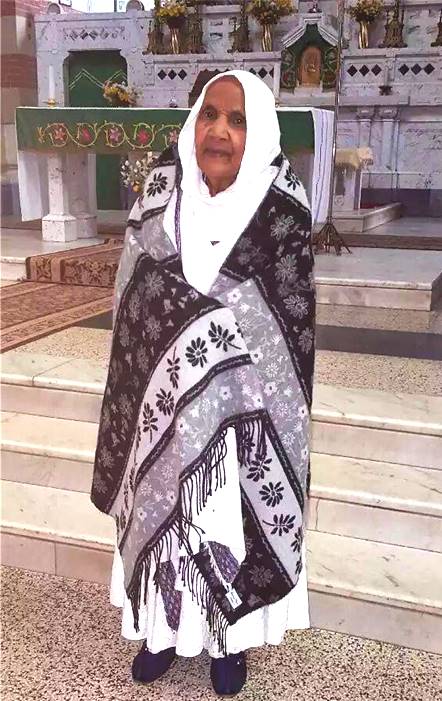 “If in the twilight of memory we should meet once more, we shall speak again together and you shall sing to me a deeper song.”

Every Picture Tells a Story 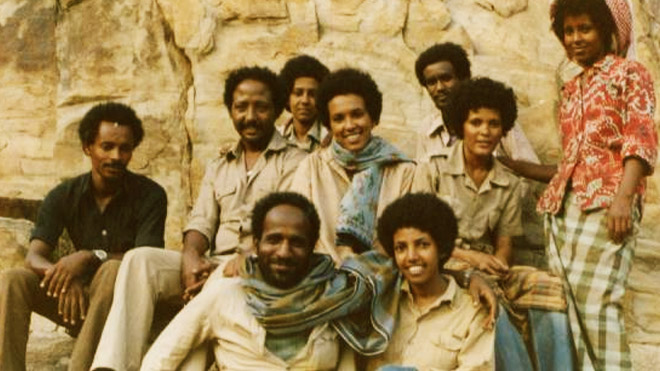 The three individuals above Aster and Sherifo are: a) Ibrahim Affa, one of the most renowned combatants (martyred); b) Nura Mohamed, also a renowned fighter (still in government - Secretary General of the Red Cross Society of Eritrea);  c) Saba Hailu (the wife of President Isaias Afewerki)

In the recent public meeting held on 27 Aug, 2019 in Dallas, Texas, which was presided over by Eritrea's Minister Fozia Hashim, a member of the audience asked her a poignant question. Ms Fozia used to be one of Aster's best friends during and after the armed struggle. Of course, until Aster’s disappearance.

Daniel Tesfalidet Tesfazion (summarised version): You are a justice Minister, Ms Fozia Hashim. What is the role of your ministry? Your friends, women fellow fighters like Aster Fessehatsion, Aster Yohannes, Miriam Mihtsun and others are in jail without a day in court.  How can this be?

Fozia Hashim (summarised version): We have laws!  We are aware of universal laws, respect for people's rights, we observe domestic and cultural laws, we also adhere to our political lines and more. We never allow individuals to be imprisoned without any legal basis.

We are working hard.  We are still in the process of building the nation’s infrastructures, including that of the justice ministry; therefore, we cannot say that we have an all-encompassing institutional competence in dealing with various aspects of the law; but we are trying to fulfil all the required obligations. When the right time comes we will disclose everything concerning the prisoners.

Ms Fozia Hashim used to be a close comrade and one of Aster's best friends. Now, as head of the Ministry of Justice of Eritrea, she has chosen to dismiss Aster’s rights and existence from her memory; she has nothing to say about Aster, or the other prisoners of conscience.

Asmarino.com is asking the minister, for the sake of justice, to come clean about the prisoners’ case on this hallowed day and reflect on the things that went wrong in Eritrea under her watch.