Eritrea’s opposition forces are bracing themselves for a decisive Second National Congress in Addis Ababa on November 21, 2011.

Political party leaders held a consultative meeting in the Ethiopian capital yesterday, Sunday, in preparation for their long-awaited Congress – the largest Eritrean gathering yet with the aim of ending Isaias Afewerki’s unhinged dictatorship believed to be the most repressive in Africa.

Sunday’s preparatory meeting was hosted by the Eritrean National Commission for Democratic Change - ENCDC. In addition to political parties, yesterday’s gathering was also attended by a number of Civic Organizations.

ENCDC Chairman Amha Dominico set the appropriate atmosphere as he opened the meeting in which he called for greater understanding and tolerance, and an end to the culture of finger-pointing by focusing on solutions.

Eritrean Liberation Front Chairman Hussien Kalifa said: “This preparatory meeting was needed only to exchange ideas and views on how to make the coming Congress a success. It will be up to the Delegates to determine the outcome of the conference”, he underscored.
One of the major tasks of the Congress will be to form a new political structure or a secretariat with defined objectives and a mandate from the Delegates to coordinate ways and means of hastening the end of Isaias Afewerki’s rule.

On his part, 11-member Eritrean Democratic Alliance Chairman Tewelde Ghebreselassie said the exiled opposition groupings did not represent the Eritrean people. “We only speak for ourselves and our parties”, he said, adding, “Our main job is to create a strong mechanism so as to enhance our democratic struggle”.

Some participants expressed concern at the dual role some activists play both as members of political parties and civic organizations. Kernelios Osman, Chairman of the Democratic Movement of Eritrean Kunama, says there must be clear boundaries between these two possible realities. People should make up their minds and stick to one or the other entity, said Kernelios.

Independent activist, Mehret Ghebreyesus, thinks duality is unavoidable and does not seem to see any harm in people becoming members of both political and civic entities at the same time.

There was a broad consensus at yesterday’s meeting that everything should be subject to discussion and debate at the forthcoming Congress – be it religious, ethnic or nationality issues. There was also a general understanding that many generational conflicts could be resolved by embracing a common vision. It was, moreover, underlined that public trust and credibility could be earned and maintained by putting the interests and needs of the people above party or group interests.

Representing Chairman Ahmed Nasser’s National Eritrean Salvation Front, Abdella Mahmoud urged activists to go beyond political or civil society benefits and work on how to build democracy. Abdella lamented the fact that civic and political bodies had to be created outside Eritrea because of PFDJ’s self-centered, exclusionary policies.

Representing the young generation and his own Movement for Eritrean Democracy and Justice, Hagerey Negash, spoke of the need to involve newly formed associations at refugee camps in northern Ethiopia and have them take part in the November Congress.

Veteran fighter and Chairman of the Eritrean National Congress, Hiruy Tedla Bairu, said he believed any political group whose members belonged to the era of the liberation struggle would most likely turn dictatorial. Looking to the future, Hiruy says there is the need for a new mass movement to lead the people.

Still anxious about unanchored expectations, the Eritrean Commission says it is to have another preparatory meeting before the November Conference. The 53-member commission was formed in August last year by a congress of over 300 delegates.

The November gathering is jointly financed by Eritrea’s opposition forces and Ethiopia’s ruling EPRF. The two sides say they share common values and interests and have a big stake in a peaceful, democratic Eritrea.

Note: Some of the Eritrean political and civil society leaders in Addis Ababa will be sharing their views and experiences in interviews with Michael Abraha in the coming days and weeks leading to the November 21-28 National Congress 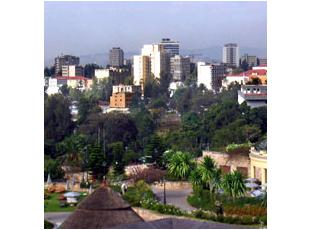